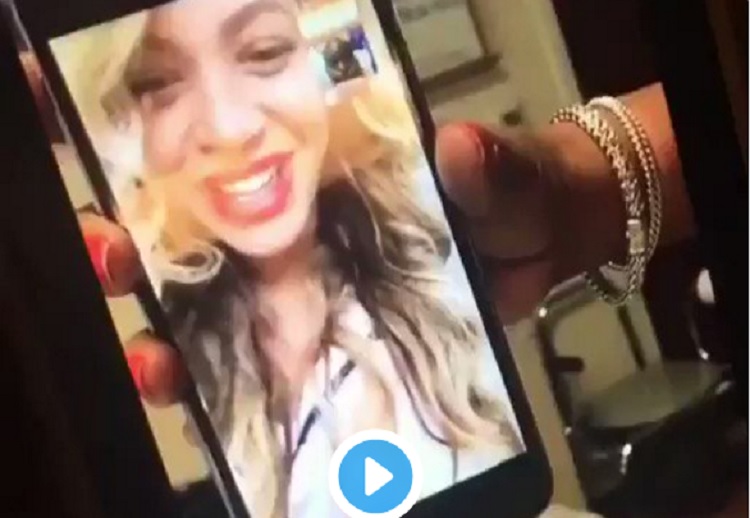 Teen battling cancer surprised to receive a Facetime from her idol.

Ebony Banks, whose nickname is Ebob, has spent most of the past year in the hospital after being diagnosed with a rare form of stage IV cancer, and her biggest wish was to meet Beyoncé.

“She’s like my everything and my idol,” Banks told KHOU. “And if I ever met her, I would probably pass out.”

Her classmates and family started a social media campaign to make that dream come true. They shared messages with the hashtag #ebobmeetsbeyonce, which got thousands of retweets.

“Beyoncé is one of her idols,” Karina Gutierrez, a sophomore at Alief Hastings High School, told ABC13.

“She admires her so much, so we’re trying to put that on Twitter and Instagram to get Beyoncé’s attention.”

It worked. Beyonce got the message and made a FaceTime call to the teen on Wednesday.

A short video of their meeting was shared on social media and shows the singer smiling and waving and telling Ebony, “I love you,” as the teen, who is lying in a hospital bed, says the same thing to her.

Ebony’s classmates were ecstatic that their social media campaign worked. “It was like, ‘Wow, it really happened,'” senior Shayna McKnight told KHOU. “We actually got her attention.”

Beyoncé facetiming with Ebony, a fan with a rare cancer disease whose last wish was to see Beyoncé. ❤️️???? pic.twitter.com/pCkGzF4feZ

So amazing! What an awesome thing to do.