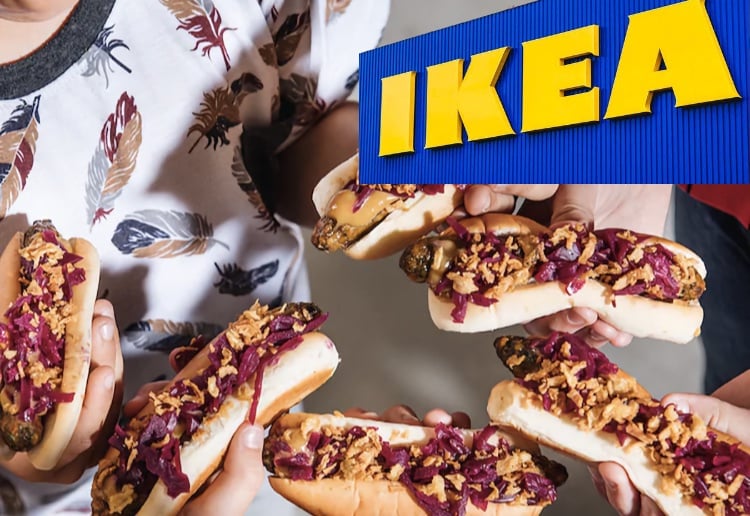 Many people flock to Ikea for its flat-pack furniture, while others visit simply for the cheap Ikea food. But now you will soon be able to get all your favourite Swedish menu classics delivered to your front door!

It always amazes me how packed the Ikea bistro is before the warehouse is even open for shopping. Shoppers love their cheap-as-chips breakfast offerings and of course, don’t even think about leaving the shop without the iconic $1 hotdog or a soft-serve cone.

Now the self-serve furniture giant is paving a road towards expanding its Ikea food division with home delivery as well as introducing a more extensive vegetarian menu.

The Scandanavian retailer has expanded its Ikea food offering over the years as its customers gobbled up their range of meatballs and other Swedish delights.

Not that long ago, Ikea food launched their ALLEMANSRÄTTEN veggie balls – a vegetarian version of their famous meatballs.

You can get Ikea’s veggie hot dogs right now from the Ikea stores in NSW – Tempe, Rhodes and Marsden Park stores as well as in the ACT. The dogs will be launched nationwide soon.

While Ikea makes most of its moola on its home lifestyle products, it’s certainly raking it in with its Ikea food division. In fact, it considers itself the biggest hotdog vendor in the world.

Ikea food serves about 13 million customers a year in Australia, selling 2.2 million of its meat-based hotdogs. The retailer predicts it will sell 1.3 million of its veggie variety, as reported in news.com.au.

The retailer has said that it is planning to expand its vegetarian menu and offer an additional six veggie products within the next 12 months. 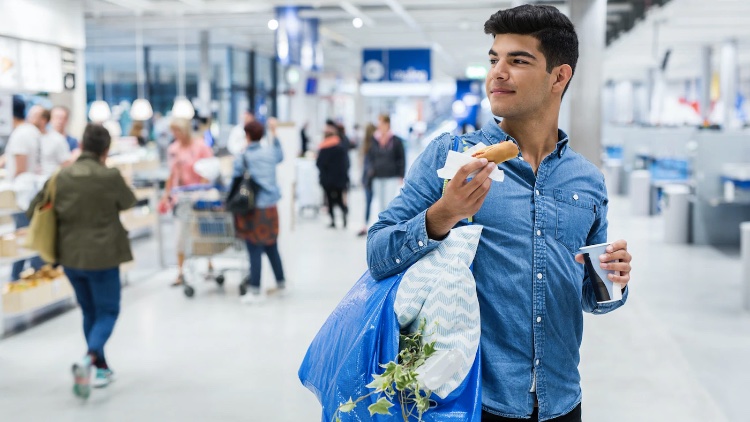 But there are even bigger plans afoot with the expansion of their online services to include Ikea food home delivery.

Food commercial manager Nicole Kurtz confirmed to news.com.au that they are “definitely looking into” door-to-door delivery of their food range.

This is the “future for Ikea food so we will wait and see what the next six months brings,” she said.

“We’re seeing changes within the furniture business with delivery so it makes sense that the rest of the business and the food business would follow.”

Ikea found that their online delivery service was in demand during COVID-19 home isolation, so they ramped up their online offering as well as introducing contactless click and collect where shoppers could drive through the stores and assistants could then place purchased items directly into their cars.

“We’ve almost tripled our uptake in our online business over this two-month period,” said CEO of Ikea Australia, Jan Gardberg.

“We are in the midst of planning for next financial year and in many ways we are rewriting a lot of the strategies, bringing them forward quicker than we initially had planned.”

Would you be keen to order Ikea food for home delivery? What would you order? Tell us in the comments below.