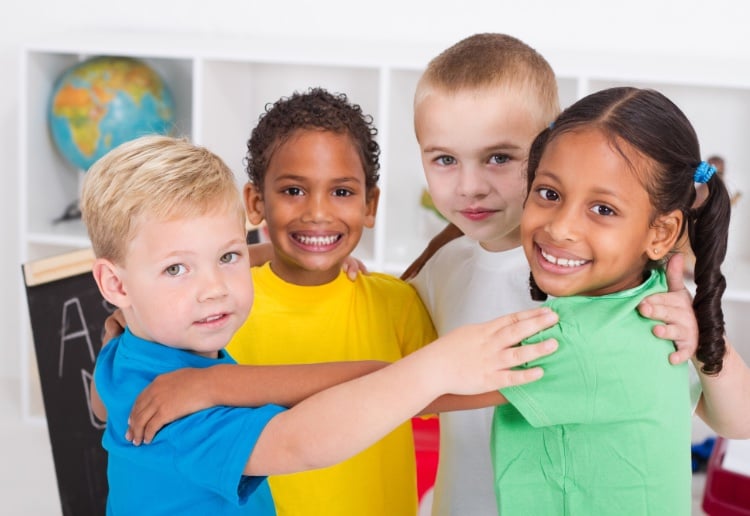 Black Lives Matter! The topic of racism is a delicate one to tackle at any moment in time. It’s hard to know what is and isn’t appropriate to say and walking the line between supporting someone or offending them is like balancing on a tightrope, blindfolded with absolutely no safety net to catch you if you slip up – anything could happen!

This could be why the majority of us choose to remain silent. We try not to get involved with a subject that we may not fully understand in hopes that it works itself out… or worse, that it just goes away on its own.

Racism doesn’t die merely because we make it a taboo subject. Or because it’s too challenging to speak about or even discuss with the ones closest to us.

It doesn’t get better just by hoping for the best, no matter how good our intentions are. Unless we address it, are able to feel empathy for one another and can understand precisely what the problem is- it’s simply another avoided subject which gets swept under the carpet, allowed to fester until the next incredibly awful scenario forces us to look at it once more.

I’ve Been Bullied For The Colour Of My Skin

I’ve always been aware of the colour of my skin, well, perhaps not always- but after years of bullying during primary school I had no choice but to recognise that I was different. I looked different to everyone else.

In fact I used to draw myself as a blue eyed blonde child because I hoped that it would encourage my bully to recognise that I was at least attempting to meet her standards. I was trying to make a change. Admitting defeat- that the actual colour of my skin really was unacceptable.

In primary school my bully used to force me to try and wash the colour off my skin. She wouldn’t allow me to play with anyone, especially not her. And worst of all my own mother used to make excuses for her intolerable behaviour.

My mother would try to explain to me that my bully had a disabled younger brother, and she was merely taking her frustrations with the world out on me.

This blue eyed blond standard is one which I found myself confronted with even at my place of work. I noticed that the brand only promotes the image of a Caucasian nuclear family for all of their advertising needs.

After many years of watching only Caucasian mother’s being used for promotions and given special positions within the brand I started to become extremely confused of the fact.

I questioned whether the company was only targeting Caucasian mother’s or if that’s just who made up a majority of their market- but either way it just always felt so unfair and I couldn’t necessarily call the ‘racism card’ because I didn’t really know what went into their selection process or whether the company even realised how biased they looked not to represent a brand which supports diversity.

Would They Hire A Person Of Colour?

Not long ago a position became available which was advertised in their private Facebook business group. Everyone had to apply on that Facebook post, which whilst seemingly incredibly unprofessional, I also felt it might be a brilliant opportunity to bring to their attention the lack of inclusion of people of colour in public roles of the company. All the bigwigs would be made aware of the oversight and even if I didn’t get the role (which I knew I wouldn’t), at least they would have the opportunity to realise how the brand appeared, and maybe even hire a person of colour externally for the role.

“I would love to be the first person of colour to hold this role within the company. I feel it would encourage and motivate a whole host of mother’s who have never seen a person of colour in this position in the entire history of this brand and it may even be relatable to them on a completely different level” is what I wrote along with a list of all my qualifications.

One of the bigwigs did see it, but it didn’t receive the realisation that I was hoping for. Instead she listed a few people of different nationalities that the company had hired who also worked behind the scenes.

The world watched in horror as George Floyd was killed in Minnesota at the hands of someone who was supposed to be holding a role of saving lives- not taking them.

We watched, we cried and we felt empathy for this man, his family as well as his entire race.

“Black Lives Matter” not only started trending, but forcing the entire world to consider our personal perspective on racism. How we as individuals are going to move forward in a way that will encourage the acknowledgment, and equality of all.

It’s not a topic that we can avoid at this moment in time. We can’t hide it from our children and we are confronted by it absolutely everywhere we look.

And again, without adequate training we are supposed to venture out onto this tightrope and pray that we get this right, for our children’s sake.

What About All Lives Matter?

The statement “Black Lives Matter” is met with “All Lives Matter”, and this is where I begin to wobble on my tightrope. You see, according to a majority of people right now, the statement “All Lives Matter”, takes away from the racism factor. I can see the hurt, and I can empathise with how much love the coloured community is in desperate need of as undeniable evidence of racism is streamed for the world to see. But as a mother of young children, who doesn’t want to encourage the differentiation of people, I am choosing to teach my little ones that Equality Matters.

I Hope To Help Make The Change

In the same way that I haven’t walked away from my company in disgust, even though there is a magnitude of weight loss brands I could choose to promote. I chose not to hate them for the way they use people of colour only when it suits their needs. And not set fire to them publicly by bringing to customers attention how incredibly racist the brand appears. Instead, I hope to be the driving force of making a change in this business. I will continue to love my work, trusting that eventually they will catch up with multiculturalism.

I don’t want it to be forgotten that just weeks ago, people of Chinese heritage, living in Australia and all over the world, were targeted in violent and criminal acts due to the COVID19 pandemic. They were targeted based on their racial appearance, fueled by fear and hate by others. Similarly to the way a majority of races are subjected to the most awful treatment from their fellow man because of the colour of their skin.

Love Is The ONLY Way!

We as human beings need to wake up to the fact that love is the only way we are going to make it through any given situation in life.

Without love how can we possibly accept the ordeals we are faced with in life- and succeed. How can we move forward without seeking revenge if we don’t feel passion for preserving all life? If we don’t have respect for others and we allow life to fall into lawlessness what kind of future are we creating for our children.

This is not to say that we should not seek or long for true justice to be served, but only to note that repaying violence with violence or hate with hate has historically never solved anything.

And What Happened To My Bully….

My bully ended up marrying a man from the same background as myself. In primary school she feared touching my hand, she was worried that her beautiful snow white skin would be in some way tarnished by my chocolate brown. Now one day she may be blessed with a child of her own whose skin colour differs greatly to her own and may even resemble mine.

Her racism ended with her. She developed empathy and love for something which she once despised and now the future will be better for her own children.

Equality Matters. You Matter. And above all, love at a time of deep hatred will bring peace as well as justice, because nothing productive ever came from hate. Hate is what caused all of this devastation to begin with.

What has the Black Lives Matter movement stirred up in you? Tell us in the comments below.