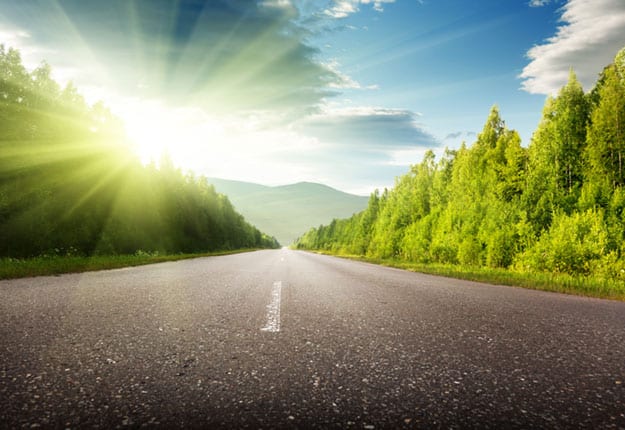 The MoM Team were astounded by the great lengths a Norwegian boy went to in order to visit his grandparents!

“A ten-year-old Norwegian boy came up with a novel excuse after stealing his parents’ car and crashing it into a ditch – he claimed he was a DWARF who had forgotten his driving licence.

The schoolboy- who lives near the town of Dokka, around 70 miles north of Oslo – loaded his 18-month-old sister into the car shortly after 6am on Wednesday and headed for their grandparents in Valdres, about 40 miles away.

The child drove more than six miles before he veered off the road into a snow-filled ditch. He was found by a snowplow driver who alerted police.

Baard Christiansen, of Vest Oppland police district, said: “The parents woke up and discovered that the children were missing and that someone had taken off with their car.

“They were pretty upset, as you can imagine.”

But the quick-thinking youngster had a unique defence when quizzed about his early morning joyride.

“The boy told the snowplow driver that he was a dwarf and that he had forgotten his driver’s license at home,” Officer Christiansen said.

The children were uninjured in the crash and the car was not damaged, police said.

No charges have been filed and the case was closed.

Officer Christiansen said the parents had been spoken to adding: “I’m pretty sure they’re going to pay very close attention both to their children and to their car keys in the future.”

This story originally appeared on mirror.co.uk

Would your child ever think to do this? Share your thoughts in the comments below!