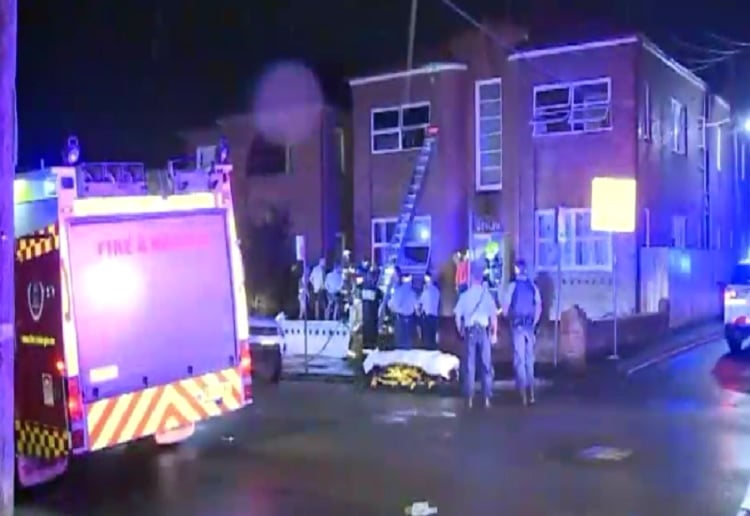 Four people, including a four-year-old boy, are in hospital after escaping a unit fire in Sydney’s inner-west this morning.

A young boy was thrown from the window of the unit and caught by a bystander.

Police said a man in his 30s sustained serious leg injuries when he jumped from the first-floor window.

“When he fell down I just saw he was here crying help me, help me,” neighbour Santosh Poudel said.

A woman still trapped in the burning flat was rescued by firefighters, and nine neighbours were evacuated from the building, reports ABC news.

An investigation has begun into the cause of the blaze.

“It was very fortunate actually that the NSW Fire and Rescue officers got there in the nick of time to stop it spreading to other units,” he said.

“There were serious injuries to the man’s legs but it certainly could have been a lot worse.”

We hope they are all OK!