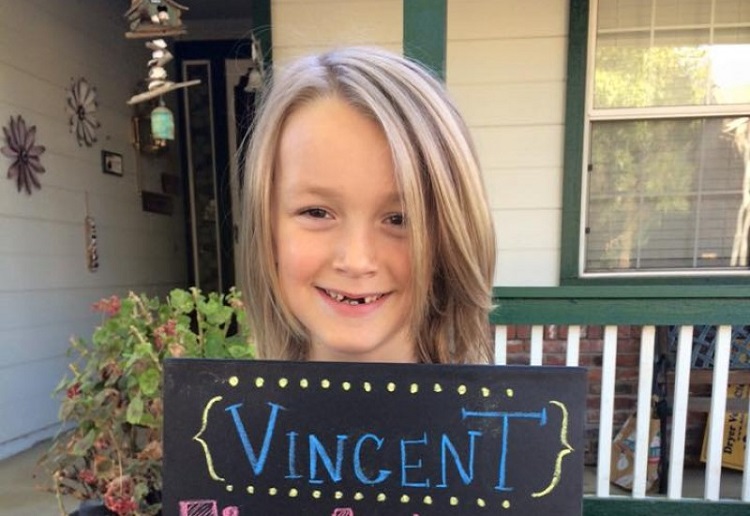 Seven-year-old Vinny Desautels spent two years growing his hair so he could donate it to cancer patients. He suffered through people teasing him and managed to grow his hair to 13 inches before cutting it and donating to ‘wigs for kids with cancer’.

Vinny and his family have since found out that he has stage four cancer.

Vinny came home from school one day complaining about knee pain. When getting ready to take a shower his parents noticed a significant lump on his right hip and brought him to the emergency room. A large growth was identified on his Iliac bone.

The next day Vinny had an eye doctors appointment for a swollen eye that has been getting progressively worse over the course of a month ( originally thought to be allergies).They told Dr Martel about the previous evening and how he needed to go back to the doctors about the hip, and were concerned the two might be related. Doc agreed and got the ball rolling for them. They’re at Sutter Medical Downtown Sacramento. They’re still conducting tests on Vinny. They have identified another  malignant mass on the eye that appears to be aggressive, the GOFUNDME page states. 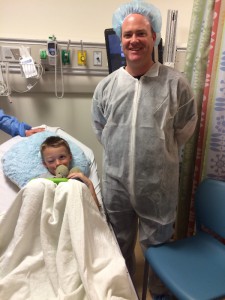 Doctors found growths around Vinny’s hip, cheek and right eye, but are still trying to figure out the exact kind of cancer the seven-year-old is suffering from.

“It is stage four aggressive cancer. Basically, what they found is that he has a significant growth on his hip and in the bone around the eye and behind the nose and on the cheek on the right side,” Jason, Vinny’s dad, told Fox 40.

A GoFundMe page has been set up to help with costs of medical bills.