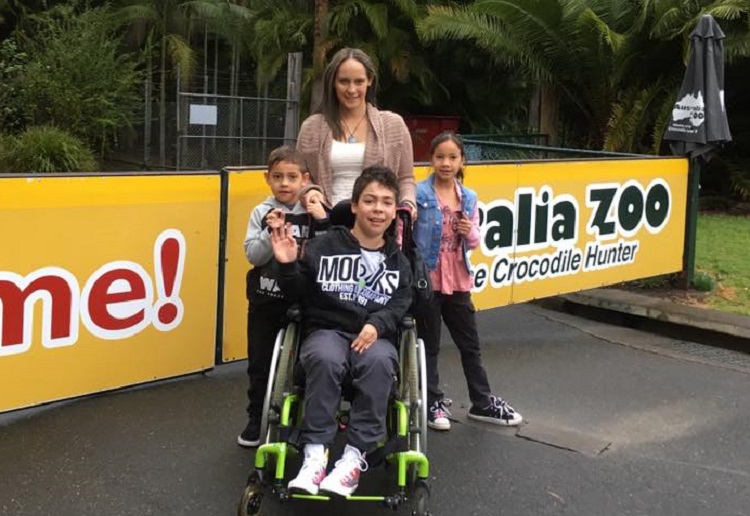 Calyn was only seven years old when he saved the life of his 4yr old brother by pushing him out of the way of an oncoming 4wd but was not lucky enough to make it safely out of the way himself. Today Calyn is fighting for his life to beat a pneumococcal infection.

Calyn was hit on the frontal lobe of his forehead at 60km an hour by the four wheel drives bull bar, his life seriously in danger he was induced into a coma and rushed to the RBCH undergoing emergency surgery to remove part of his skull to allow his brain to swell and minimising the risk of him becoming brain dead.

With a shattered and completely fractured skull, severe bruising of his brain and a broken clavicle he fought a hard battle for 15days in ICU, his parents faced losing their little boy numerous times, family and friends prayed night and day holding onto hope that he would survive and stay with us. Though all the odds were against him somehow he survived and is still going through the long hard recovery process unable to talk or walk and with minimal communication to everyone around him Calyn is still fighting with all he has to come back to his family.

Calyn became ill earlier this month with what was thought to be an upper respiratory infection. This week it had been confirmed that he was suffering from Streptococcal Pneumonia.

The family have since been told Calyn is also suffering from pneumococcal. He has infections on his throat, lungs and neck.

They ask if anyone would like to send him a get well card to put a smile on our little hero’s face the address is below.

We wish Calyn loads of healing vibes and hope he makes a full recovery asap!