Article #BREAKING gunman on the loose in Sydney’s west 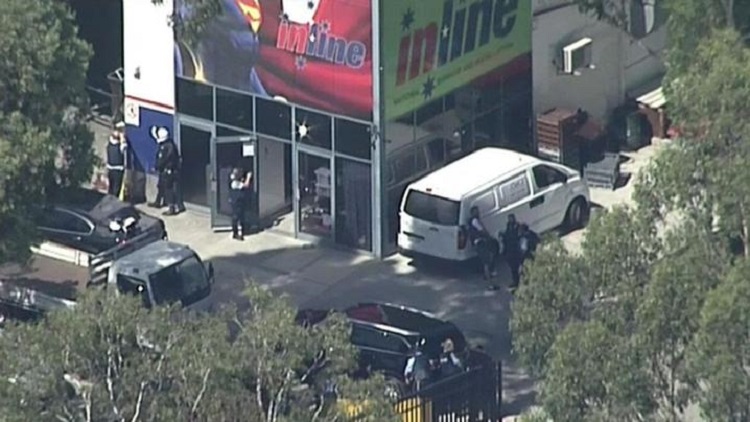 Breaking news, reports of a shooting in Sydney with one person dead and others injured.

There are reports one person has been killed and another injured in a double shooting in Sydney’s west.

9 News reports – It is believed the shooter is still inside the building on Stennett Rd in Ingleburn.

Emergency services were called to a factory about 10.45am on Monday.

Tactical police have surrounded InLine, a signage business, where a gunman is believed to be holed up.

An employee at a nearby business told AAP that one person was dead and another was injured.

“Police told us not to go near windows,” the employee said.

Members of the public are urged to avoid the area.

The gunman behind a triple shooting at a Sydney factory this morning has died and three hostages released after a six-hour standoff with police.

The hostages were taken to safety by police a short time ago, while NSW Police have confirmed to 9NEWS the gunman has died at the scene.

It is not yet known how he died.

This is a breaking news story. More detail will be added shortly.