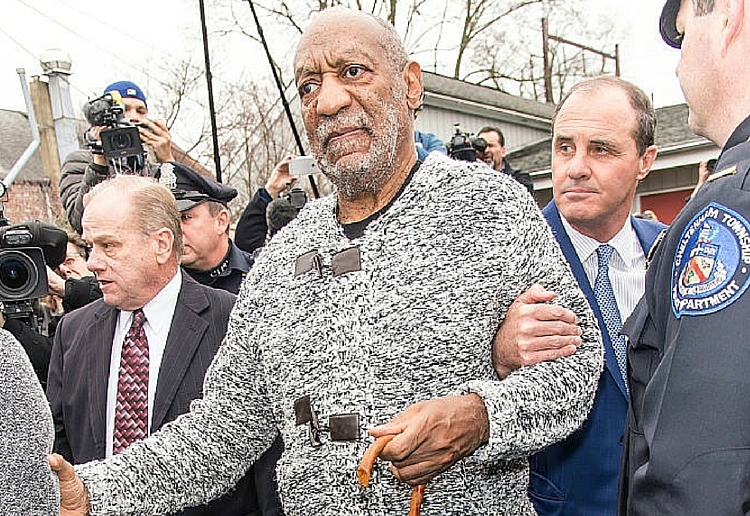 The Daily Mail reports that Bill Cosby will not face criminal charges in two alleged sexual assault incidents.  The Los Angeles County District Attorney’s Office has revealed that they were declining to file charges against the American entertainer.

The first alleged incident was made by a person named as Jane Doe #1, who claimed when she was 17 year old, she was forced to have sexual intercourse with Cosby in 1965.

The second alleged incident involved an 18-year-old woman who said Cosby sexually assaulted while attending a party with a friend at the Playboy Mansion in the summer of 2008.

According to court documents lodged, the District Attorney’s office has concluded after further review of both cases involved that there was insufficient concrete evidence to prove the crimes beyond reasonable doubt.

The news comes just one week after it was announced that Cosby would be facing three felony charges of aggravated indecent assault in Pennsylvania over a 2004 incident.

In the first criminal proceeding brought against him, American Entertainer Bill Cosby has been charged with aggravated sexual assault.

The criminal charge relates to a specific incident at his Philadelphia mansion in 2004 in which Bill is accused of drugging and sexually assaulting a young woman.  The charge was laid against him just as the statute of limitations for the case was about to end in January 2016.

The 78 year old entertainer was led into the Elkins Park courthouse in Pennsylvania by officers and bail was set at $US1 million.

“Today, after examination of all the evidence, we are able to seek justice on behalf of the victim.”

The named victim in the case, Andrea Constand, is one of more than 50 women who have publicly accused Bill of sexually assaulting them in incidents that date back decades.

Andrea is a former basketball team manager at Temple University in Philadelphia which is where she met Bill in his capacity as a mentor.

According to an affidavit lodged in the case, Andrea was a guest of Cosby at his home on an evening in January 2004 when he gave her wine and urged her to take three blue pills.

He then allegedly sexually assaulted her.

Prosecutors told the court that:

“The victim did not consent to any of these acts and reported that she was unable to move or speak and felt ‘frozen’ and ‘paralysed.”

Bill Cosby has previously denied any wrongdoing with any of the accusations brought against him.