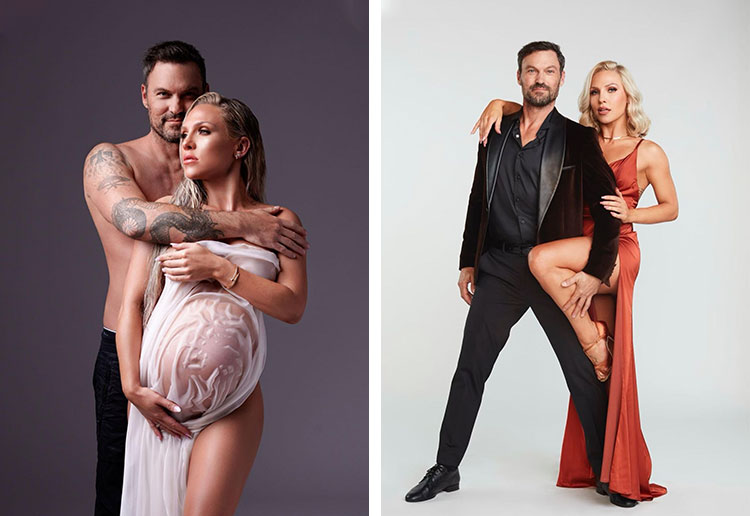 Actor Brian Austin Green and his Australian partner Sharna Burgess have welcomed their first baby together – a little boy.

The couple introduced their bundle of joy on social media, revealing his name is Zane Walker Green.

“My heart is now forever outside of my body,” wrote Sharna, who starred in Dancing With The Stars US.

This is the first child for Sharna, while Brian has four other children. Brian, 48, shares sons Noah, nine, Bodhi, eight, and Journey, five, with ex-wife Megan Fox. He also shares a 20-year-old son, Kassius Lijah, with his fellow Beverly Hills 90210 co-star Vanessa Marcil.

Sharna and Brian started dating in 2020, and announced they were expecting their first child together in February, a week after Brian’s divorce from Megan Fox was finalised.