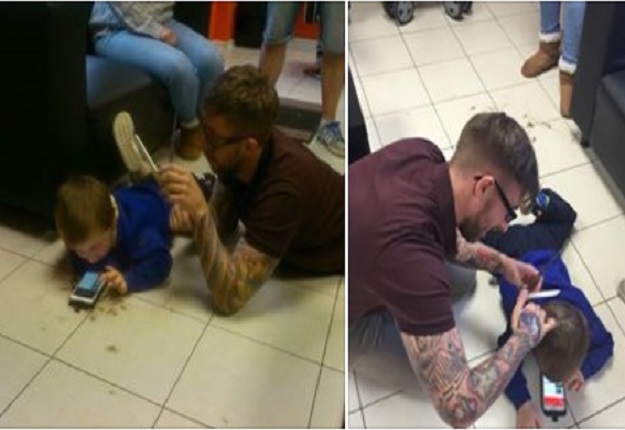 James Williams, from South Wales, has formed an amazing relationship with Mason Lewis, a four year old who had recently been diagnosed with autism spectrum disorder. The patience and care that James showed Mason even earnt him a hug after he finally got to cut Mason’s hair.

In his Facebook post that he excitedly shared he mentioned that he had been working with Mason for a few months and that Mason “wouldn’t allow me to go near one of his ears [and] he would run away if he wasn’t up to it.”

Mason is quite happy  playing his games and letting James cut his hair, while they both lay on the floor. 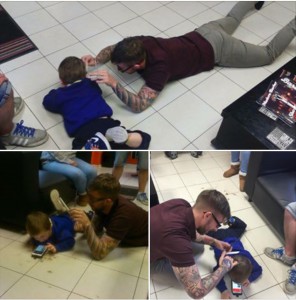 “Really want to thank Jamie Lewis, Denine Davies to allow me to post this on my wall, the extremes you need to achieve when your cutting hair is amazing even having to go down to a child’s level literally haha smile emoticon ,

Mason who few months ago got diagnosed with asd, Jamie & Denine got recommended to me, so over last few month I have been attempting to find different ways how to cut masons hair, he wouldn’t allow me to go near one of his ears he would run away on times if he wasn’t up to it.

But today I finally achieved it where we both layed on the floor in silence & he allowed me to cut away & give him his first proper haircut, again achieving something in a job I love making both parents happy by giving extra attention to Mason by building a friendship at trust with Mason & myself.

James’ post has been shared over 3250 times. True respect for the man. There really needs to be more people like James in the world!