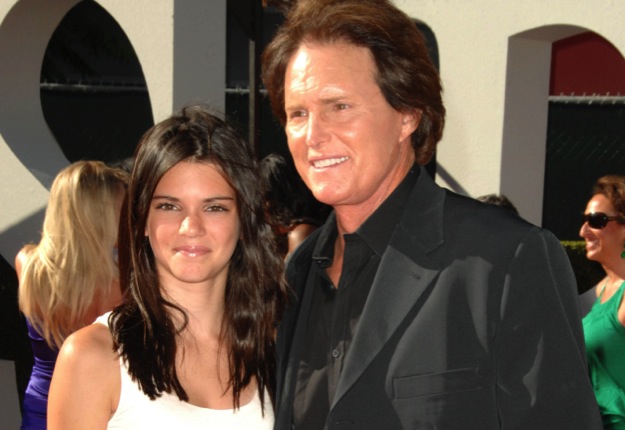 Caitlyn Jenner, formerly Bruce Jenner, has made her public Debut on the cover of world-renowned magazine, Vanity Fair. 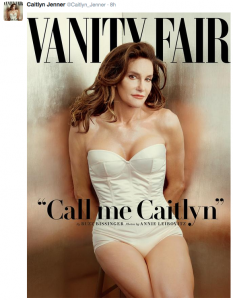 The images captured by Annie Leibovitz

Earlier this year there was much speculation around Bruce Jenner wanting to undergo gender reassignment surgery, it was after the breakdown of her marriage to Kris Jenner that these rumours came to light.

Since then Bruce confirmed that he was going through a transition to become a woman, one that had been coming for a very long time, and shortly after gender reassignment surgery in March, Caitlyn sat down for an interview with Diane Sawyer.

Since the full transition, Caitlyn has kept some information close to her heart, until now. In her interview with Vanity Fair, Caitlyn compares the feeling after her transition to that of winning the gold medal at the 1976 Olympics. Telling journalist and writer Buzz Bissinger:

That was a good day, but the last couple of days were better. . . . This shoot was about my life and who I am as a person. It’s not about the fanfare, it’s not about people cheering in the stadium, it’s not about going down the street and everybody giving you ‘that a boy, Bruce,’ pat on the back, O.K. This is about your life.

Caitlyn is also shooting a reality series at present which will be airing on E! in July. The show will cover Ms. Jenner’s “life as a transgender woman.”

Caitlyn has launched a Twitter account breaking the record for gaining the most amount of followers in the shortest time, even beating Barrack Obama. Caitlyn’s account currently has 1.47 million followers and counting. 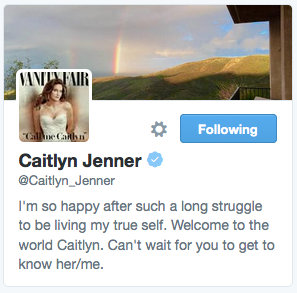 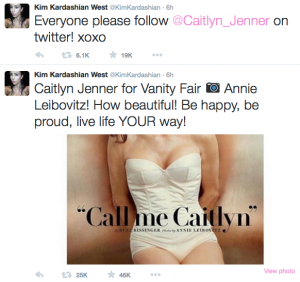 Well done Caitlyn and we can’t wait to see your new reality series, it sure does take one brave person to make a transition like this and to share it with the world!

Do you have a relative or friend who has transitioned from one sex to another? How did you support them? How did they family respond? Did their children understand the change?