Article Can the Banned Aussie Cricketers Ever Regain Our Kids Trust Again? 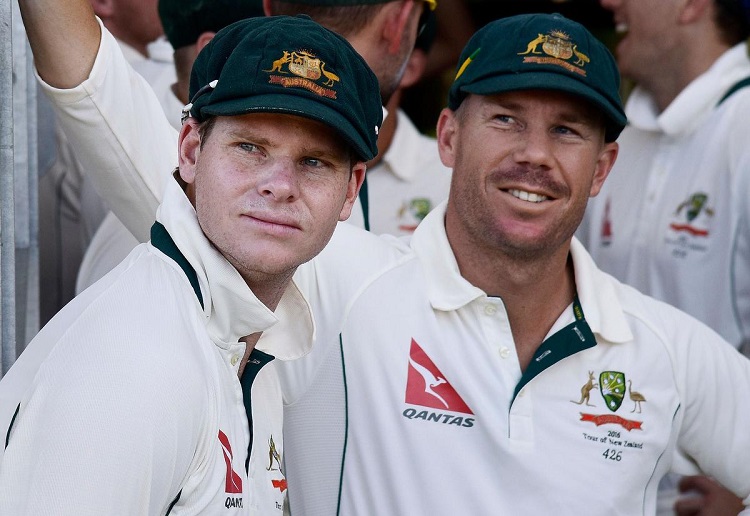 Can the cricketers banned for ball tampering ever regain their hero status?

Overnight, Cricket Australia handed out its promised “significant sanctions” for a ball-tampering incident that has engulfed the sport in scandal. Steve Smith and David Warner, the team’s captain and vice-captain, have been banned for 12 months. Cameron Bancroft, who carried out the failed plot, received a nine-month ban.

It was also revealed it was sandpaper, and not “yellow tape and the granules from the rough patches of the wicket” as originally claimed, that Bancroft tried to use to alter the ball’s condition in the Test match between South Africa and Australia.

While the International Cricket Council (ICC) initially suspended Smith for only one Test, all three are now banned from international and domestic (professional) cricket in Australia. Smith and Warner have also had their lucrative Indian Premier League contracts torn up, and some sponsors have already distanced themselves from the players and the sport. But these measures fall short of the lifetime bans some called for.

As captain, Smith has borne the brunt of the public and media vitriol, particularly as he accepted responsibility for what had happened. He may yet be Australian captain again in the future.

But according to Cricket Australia’s investigation, it was Warner who developed the plan and instructed Bancroft – a younger player – to carry it out. Warner also showed a “lack of contrition” and will therefore not be considered for any leadership position in the future.

Does the punishment fit the crime?

Ball tampering is clearly cheating; it breaks the rules and is against the “spirit of cricket”. But while it has been deemed the “moral equivalent of doping”, there is a lack of consistency in how sanctions are dished out to offenders.

Read more:
Just not cricket: why ball tampering is cheating

Bans for doping violations are often severe. Players such as Andre Russell have been banned for 12 months for failing to record their whereabouts for drug testing. But, historically, ICC bans for ball tampering have been more lenient: Pakistan’s Shahid Afridi received a two-game ban for biting the ball in an attempt to alter its condition.

However, a harder line has been taken for incidents of match-fixing. Three Pakistan players were banned and jailed for a spot-fixing incident in 2010. South Africa’s Herschelle Gibbs received a six-month ban in 2000 for agreeing to fix a match, even though he did not follow through with it.

Lifetime bans are not uncommon in sport generally. Ryan Tandy was banned for life for attempted spot-fixing in a rugby league game. Lance Armstrong was banned from sanctioned Olympic sports for life and had his results voided for his serial doping in cycling. Even figure skating is not immune: Tonya Harding was similarly banned for hindering the prosecution into a vicious attack on a fellow competitor.

It is difficult to compare sanctions across sports. But, when doing so, the inconsistencies are apparent. Boxer Mike Tyson was handed a 15-month ban for biting off part of Evander Holyfield’s ear; footballer Luis Suarez received an eight-game ban for racially abusing an opponent; fellow footballer Paul Davis only served a nine-match ban for punching and breaking an opponent’s jaw.

In light of these punishments, are nine- and 12-month bans for premeditated cheating and lying reasonable and just?

Cricket Australia has been criticised for the time it took to reach a decision. But it’s essential that due diligence is done and facts are gathered before a sentence is handed down. Without this, decisions are made through the pressure of public shaming, and social media get to cast the final vote on the punishment.

If sporting organisations want players to act morally on field, then they too should be guided by moral behaviour in governing the sport.

Society is often keen to forgive top athletes when they transgress. When athletes admit their mistakes and ask forgiveness it is usually granted.

Over time, sports fans also tend to forget athletes’ errors and focus solely on their on-field ability. In cricket, for instance, Don Bradman’s role in disputes over pay as a cricket administrator is largely glossed over. Shane Warne’s year-long ban for a doping violation is rarely mentioned.

Drugs cheats are accepted (and sometimes welcomed) back into sport – some even after multiple doping offences.

In many sports, athletes’ chequered pasts are ignored in favour of their on-field ability. It is often the actions that come as a result of their behaviour that are judged, and not the infringement itself.

Athletes frequently transgress, but their subsequent redemption is often woven into the narrative around them. Stories around sporting heroes follow several patterns, but the most recognised is the hero’s journey. The “hero” sets out on a quest but is faced by a crisis or descends into a hellish underworld. They “heroically” overcome these challenges and ultimately return to glory.

Read more:
Are you monomythic? Joseph Campbell and the hero’s journey

In this instance, Smith, Warner and Bancroft are in a hell of their own making. If they manage to return, and do so triumphantly, then it is likely they will be forgiven – and some may even forget their role in this sorry affair. Only time will tell whether they will again be considered heroic.

The young cricketer won the best bowler trophy for his under 14s club cricket division was disgusted at Australian cricket captain Steve Smith, according to Mamamia.

One of his most prized possessions was a pair of Steve Smith’s gloves, given to him by someone who knows the former captain.

Daniel said to his parents, “Don’t they realise it’s better to lose but try hard, than to cheat and win?”

Daniel came up with a plan before those in a leadership position (Cricket Australia) did.

“If I was CEO of Cricket Australia, I’d ban Smith and [vice captain] Warner for a year to teach them respect for the game,” he told his parents.

“But also, I’d ban them from leadership positions for life. If they were allowed to lead again, this will keep happening. They knew the rules and didn’t care, so that’s the kind of people they are.”

He also suggested that new players be brought into the team, and the first thing they should be taught is to “play the match in the spirit is should be played in, and teach them to respect the game.”

Have your children been disappointed by the recent cheating claims in Aussie cricket?