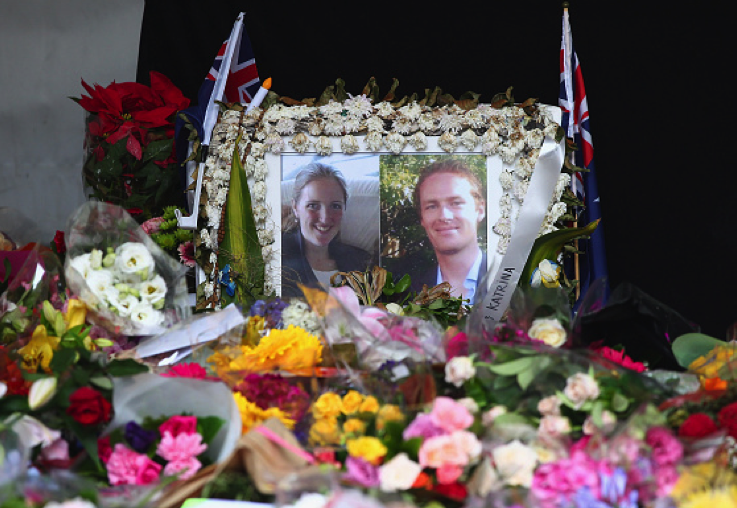 One year on and the grief is still raw for the mother of Sydney siege victim, Tori Johnson.

“I can be strong when I need to be strong, just hold my head up high for him,’ Rosie Connellan said in a recent interview with Channel 7.

“It’s going to be very hard to be there [at the memorial], but it’s for Tori so we’ll stand there proudly for him.”

The memorial service will be held in Sydney’s Martin Place on Tuesday (14th December) to mark the first anniversary of the 17-hour siege and Rosie plans to bring sunflowers to lay in remembrance of her son.

“I wanted them to be from our garden, not from a florist,” Rosie said.

“Flowers have always been his thing.  He’s picked me flowers since he could walk.”

NSW Premier Mike Baird announced on Sunday that a permanent floral display in a ‘scattered starburst’ design of around 400 floral cubes would be inlaid into the paving near where the tragedy occurred to pay honour to Tori and Katrina Dawson, who both lost their lives in the carnage of the hostage situation.

The tribute will feature stylised flowers set inside mirrored boxes which will be lit throughout the day and night – an everlasting reflection of the outpouring of flowers and cards that thousands of Sydney siders left in Martin Place after the siege.

“We saw this outpouring of compassion and mourning that came with those families and victims,” Mr Baird told reporters at the memorial announcement.

Rosie told Channel 7 that she was overjoyed with the memorial announcement and that she wanted to focus on the positive community support that had come from that terrible day.

“Maybe the 15th [of December, the date of the siege] can become a day each year for that. For us to remember that [positivity].”