Article Coles Little Shop ‘Back To School’ Is Here 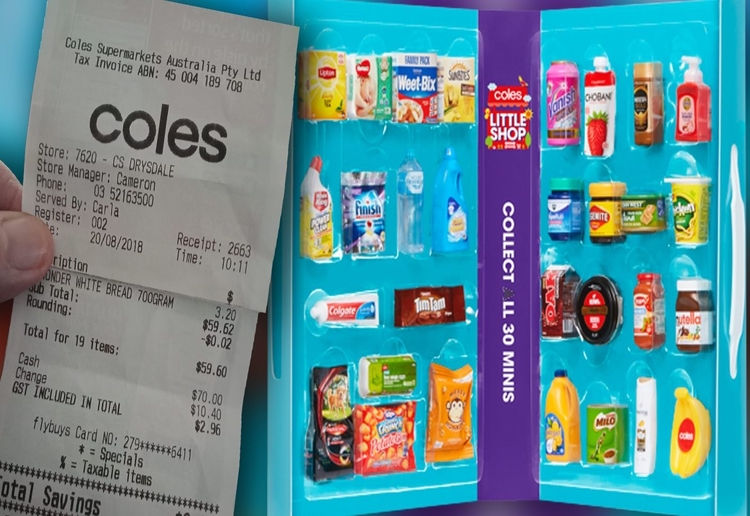 As if you hadn’t had enough of minis, Coles Little Shop returns with a ‘Back to School’ range.

There’s a rumour going around that Coles Little Shop minis will return just in time for the back to school rush, with around six to eight new minis set to be introduced. The original promotion was so successful, with Coles reporting a huge increase in sales, that we can’t say we’re surprised they’re bringing it back.

A forum user, who claims to work at Coles, has shared the news and hinted that the new range will be available before we know it. “After the success of the first run, they discussed bringing out a Xmas version and a Back To School Version,” they said. “We’ve seen the Xmas ones, so chances are we’ll have Back to School ones on the way too. The case will probably be a mini school bag, from what I’ve heard, and there will be about six to eight to collect.” While we think the idea of a miniature schoolbag sounds super cute, we’re not sure all parents will be thrilled at the idea of once again forking out $30 every time they shop at Coles in an attempt to collect all the pieces!

Despite the success of the Little Shop range, Coles have frequently come under fire for introducing the plastic minis just weeks after banning plastic bags from their stores. After launching the range back in July, a Coles spokesperson defended the decision in a statement to SBS News. “The idea behind Little Shop is that customers can keep and collect them rather than throw them out,” they said. Environmental groups have criticised the supermarket chain expressing their disappointment, saying it is a step back for Coles in their push to be more environmentally friendly. “These toys are so fad-based, they are prone to being thrown away en masse,” Planet Ark communications manager Josh Cole said. “You can almost see it come in waves – when the new set get released, the old one gets thrown out.”

What do you think of the Coles Little Shop minis range? Tell us in the comments!