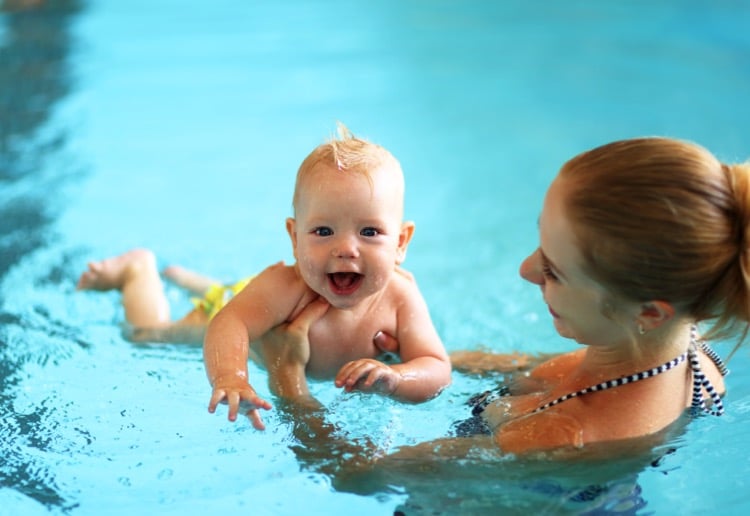 Swim school defend their technique after they were criticised for putting children in traumatic situations.

Swim school owner, Rachelle Beesley, says her techniques are safe and focus on teaching the skills needed to avoid drowning.

“Most children cry but that is no different to traditional swimming lessons,” she told ABC news.

For Ms Beesley, lessons are about teaching children to be able to survive if they find themselves in danger without a floatation device or supervision.

“Our program is designed to give skill and competency, not a false sense of security because they’re in the water with a parent holding them,” she said.

“That’s not a realistic scenario [of] how children drown.”

This week a Wollongong resident complained about the hours of “crying, screaming and gagging” sounds coming from a nearby pool owned by a franchisee of Ms Beesley’s swim school.

The complaint has raised questions over the style of teaching and whether it is harmful.

Ms Beesley said once children learnt the skills required, they calmed down and enjoyed their time in the water.

“Most swimming lessons for young children are water awareness or water familiarisation where a parent gets in the water with a child, does exploration, plays games and sings songs, but it doesn’t give them any skill or competency in the water,” Ms Beesley said.

“It’s not teaching the child to become the aquatic problem-solver, and most kids who are drowning are under four.

“They’re the kids that need to be taught not just how to sing a nursery rhyme in the water, but how to become skilled and competent.

“It targets children most at risk of drowning by giving them skills where, if an accident was to happen, they can save themselves.”

Ms Beesley said parents of her students had been criticised over the years for choosing her style of teaching.

“The stigma comes from other swim school operators or people who don’t have education about what we do,” she said.

“Some of our mums and dads get called child abusers, which is a horrible thing when they’re trying to give their child a skill to save their life.
“[Criticism] comes from people who haven’t been to a lesson or watched a lesson.”

She said her technique did not simulate drowning scenarios, but did involve rolling a child into the water fully clothed as part of their final test.

“Drowning is the number one cause of accidental death for children under four and for every child that does drown, there are many more who are permanently disabled for the rest of their life,” Ms Beesley said.

Do you agree with the technique this swim school uses?