Article Concerns We Are Teaching Children to be Scared of Exams 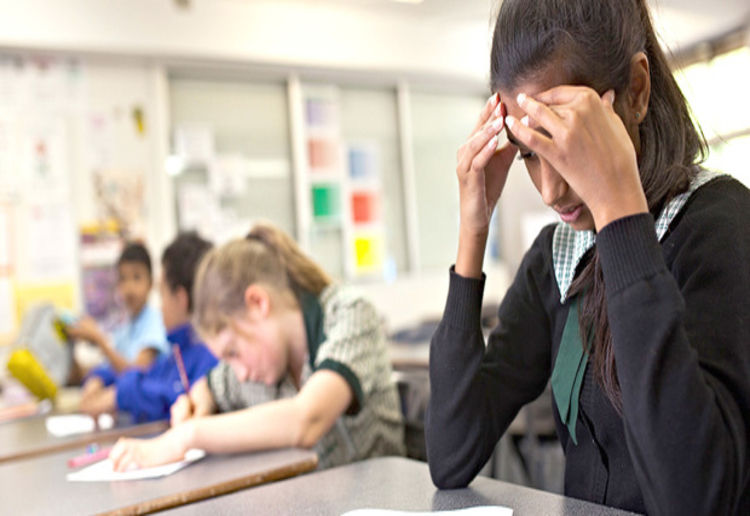 Are we teaching children to be afraid of exams? Reports suggest many Australian children are forgoing Year 12 exams because they are too stressful.

Some Australian students are reportedly shunning Year 12 exams in favour of more favourable, and less stressful, pathways to finishing school. These reports come amid warnings of rising rates of anxiety and depression among young people, with psychologists calling for better mental health support services in schools. Experts say exam stress could be making depression and anxiety worse for vulnerable young people.

Websites set up to support youth mental health use words such as “survive” when it comes to Year 12. Others refer to exam time = stress time.

Exams are certainly challenging. But our rhetoric may be having an impact on the way young people perceive exams. In our efforts to support young people, we may be teaching them to be afraid rather than encouraging them to see exams as a positive challenge.

Researchers have for decades considered adolescence to be a stressful time, but it appears the mental health of young Australians has worsened in recent years. Just over 40% of Australian youth indicated mental health was their greatest issue in the 2018 youth survey conducted by Mission Australia. One in four had a probable serious mental-health issue.

Mission Australia’s survey relies on self-reports of young people aged 15-19. The 2018 survey also showed young people’s main concerns were coping with stress (43%) and school (34%). In another survey conducted by mental-health organisation ReachOut, 65.1% of youth reported worrying levels of exam stress in 2018, compared to 51.2% in 2017.

Despite these troubling reports, an analysis of several studies on the prevalence of anxiety actually suggests there has been no such increase. The authors note:

The perceived ‘epidemic’ of common mental disorders is most likely explained by the increasing numbers of affected patients driven by increasing population sizes. Additional factors that may explain this perception include […] greater public awareness, and the use of terms such as anxiety and depression in a context where they do not represent clinical disorders.

This means while some young people have serious anxiety issues, others may be perceiving normal levels of stress as anxiety. And this may have some significant side effects.

In psychology, appraisal theory posits that our emotional response to an event is determined by our evaluation, or appraisal, of it. Knowing what our appraisal is of a situation helps us determine if it is a threat, if we have sufficient resources to deal with it and, ultimately, if something harmful or bad will happen to us.

In a 2016 US study of appraisals, students in one group were told emotional arousal before an exam was normal and would better help them face a challenge. Another group, the control group, wasn’t provided with any strategies.

Despite all students sitting the exam, researchers found the first group experienced less anxiety and performed better than the second group. They argued the reduced stress was due to the first group appraising their elevated heart rates and other anxiety signs as functional, rather than threatening. So this showed it was the appraisal of students’ feelings that determined how stressed they actually were rather than the event itself.

Appraisals are influenced by the things we value and what we believe to be at stake. Exams might be appraised as “stressful” because youth perceive them as a threat to their future, such as their ability to get a job.

In some cases, exams can be a threat to students’ self-worth. Self-worth is the belief our life has value and is a strong predictor of well-being. If self-worth is tied to academic success it is at risk, as academic success becomes critical for the young person – almost a matter of life or death. This increases their perception of exams and academic measures as threatening.

Read more:
Parents, are you feeling the pressure too? Here’s how to help your child cope with exam stress

Challenges are an essential and normal part of our development. Drawing a parallel with immunity, resistance to infections doesn’t come from avoiding all contact with germs. On the contrary, avoidance is likely to increase vulnerability rather than promote resilience.

While we should protect young people from high risk situations, such as abuse and trauma, low-level manageable challenges, such as exams, are known as “steeling events” – they help develop young people mentally and emotionally. Allowing students to avoid exams so they avoid stress might be robbing children of the opportunity to deal with the emotions evoked by the challenge. It also teaches them we don’t think they are capable of meeting the challenge.

Young people need to understand study is something they do, not who they are, or they will be vulnerable in this area.

Young people with a diagnosis of anxiety need clinical support to help them succeed through exam periods. But young people experiencing “normal” exam stress should be provided with strategies to help manage stress. These include self-soothing (such as breathing and listening to music) and acknowledging that negative feelings are a normal response to challenges.

Life can stressful, but it is how we see this stress that creates anxiety. Adults could do well helping your people believe they are not passive recipients of stress, but can decide how they view challenges. They also need to help young people believe they have inner resources to manage stressful situations, and that they are worth something, whatever number they get in exams.

Read more:
High anxiety: how I use mental exercises to ease my fear of flying