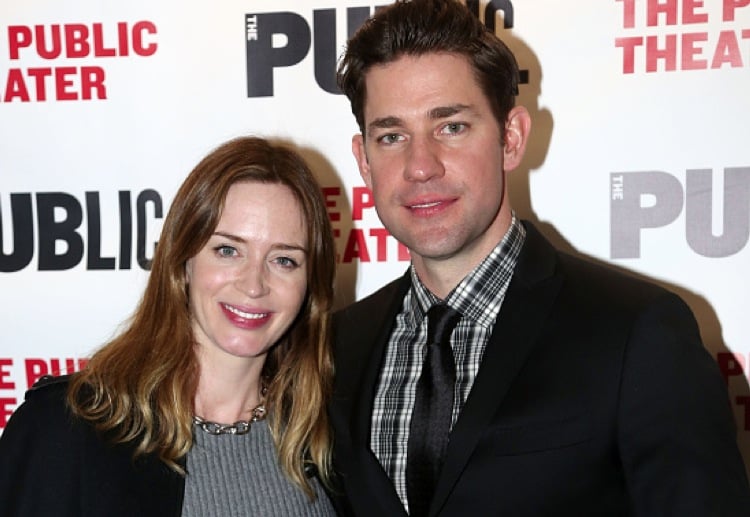 John Krasinski and Emily Blunt have just released the most gorgeous news, yesterday on July 4th 2016, the famous couple revealed that they had welcomed a baby daughter into the world two weeks prior.

Emily had announced the pregnancy back in January this year and continued working on her upcoming film Girl On The Train.

What better way to celebrate the 4th… than to announce our 4th family member!!! 2 weeks ago we met our beautiful daughter Violet #Happy4th

The couple started dating in November 2008 and were engaged the following August. A wedding in Lake Como in Italy took place in July 2010 and their first daughter, Hazel arrived in 2014.

When John Krasinski appeared on Ellen back in 2011 he gushed about meeting his future wife saying:

It was one of those things where I wasn’t really looking for a relationship and I was thinking I’m going to take my time in L.A. Then I met her and I was so nervous. I was like, “Oh god, I think I’m going to fall in love with her.” As I shook her hand I went, “I like you.”

Congratulations to the happy family!