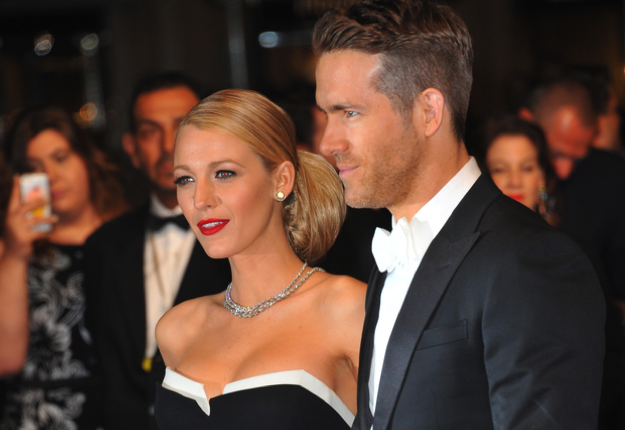 One of Hollywood’s most beautiful couples has some very exciting news to share.

The gorgeous Blake Lively, 27, has confirmed that she and husband Ryan Reynolds, 38, are expecting their first child together.

Taking to her website Preserve, the former Gossip Girl star posted a number of pictures of pregnant women, before posting the photo below, that was lovingly taken by her brother Eric.

It will be the first child for the couple, who met on the set of The Green Lantern in 2011 and wed a year later in South Carolina.

And it appears children were were always on the cards for the pair, with Ryan revealing to Details that he and his wife would “love to have a big family. We both come from big families- my parents did four. Blake’s did five.”

“A lot of people say it’s crazy,” he continued. “But we’ll only know when we’re there, you know? We’ll walk through that fire pretty happily I think.”

Sending our congratulations to Blake & Ryan at this very special time.
Main image courtesy of Shutterstock.com