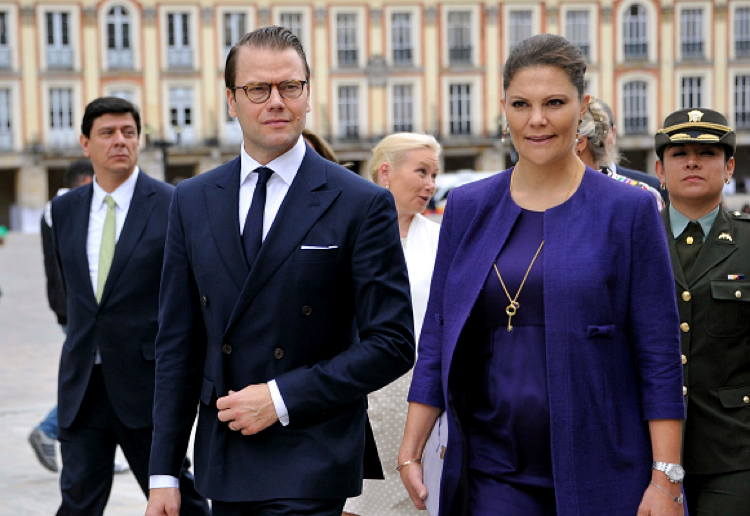 In gorgeous Royal news today it’s been revealed that Crown Princess Victoria of Sweden and husband Prince Daniel have welcomed a baby boy!

The palace has confirmed the news via the official Royal website and it has been announced via Twitter. 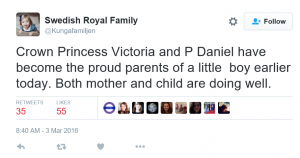 Prince Daniel fronted the media with tears streaming down his face, revealing that their brand new baby boy was born at 8 pounds and 22 inches and that he had assisted in the birth along with cutting the umbilical cord.

He also said “I have not had time to feel just yet how it feels to be a father of two. But it feels good so far!”

The new arrival’s name will be revealed on the 4th March.

Prince Daniel and Princess Victoria were married back in 2010 and have a 4 year old daughter, Princess Estelle.

We are sending our utmost congratulations to the happy couple.