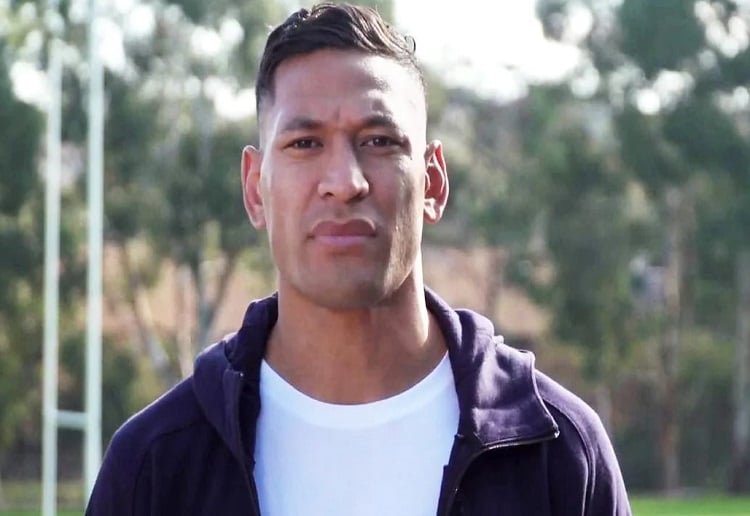 Israel Folau’s controversial appeal for financial assistance for his legal fight against Rugby Australia has been shut down by GoFundMe Australia.

More than $700,000 worth of funds donated are expected to be refunded.

GoFundMe Australia released a statement to the Herald on Monday saying the Folau appeal breached the organisation’s terms and conditions.

“Today we will be closing Israel Folau’s campaign and issuing full refunds to all donors. After a routine period of evaluation, we have concluded that this campaign violates our terms of service,” GoFundMe Australia regional manager Nicola Britton said.

“As a company, we are absolutely committed to the fight for equality for LGBTIQ+ people and fostering an environment of inclusivity. While we welcome GoFundMes engaging in diverse civil debate, we do not tolerate the promotion of discrimination or exclusion.

“In the days since Mr Folau’s campaign launched, more than one million dollars have been donated to hundreds of other campaigns, large and small, across Australia. Those acts of kindness are the heart of GoFundMe.

“Our platform exists to help people help others. Australians have shown themselves to be among the most kind and generous people in the world. We look forward to helping more Australians fundraise for causes they care about in the coming months and years.”

According to GoFundMe’s list of terms and conditions, users may not attempt to raise money “for the legal defence of … intolerance of any kind relating to race, ethnicity, national origin, religious affiliation, sexual orientation, sex, gender or gender identity, or serious disabilities or diseases”.

Over the weekend numerous charities and families in need had shared their disgust at the online campaign.

One dad, whose son has cancer, slammed the GoFundMe campaign, saying the crowdfunding site should be used to help sick children.

Andrija Magic, from Melbourne, is fighting to save the life of his two-year-old son, Marko, after he was diagnosed with stage four neuroblastoma.

Neuroblastoma is the most common solid tumour of childhood arising from particular nerve cells which run in a chain-like fashion up the child’s abdomen and chest and into the skull following the line of the spinal cord.

‘This story is causing quite a bit of a stir,’ Mr Magic said on The Today Show on Saturday morning about Folau’s campaign.

‘We don’t know if Marko is going to live or die. He has a very serious rare cancer,’ he said.

‘For our family we decided to use GoFundMe to actually raise medical funds for medical treatment in the US which is currently not available in Australia.

‘All that money is directed only for Marko, nothing else.’

Are your relieved it got shut down?