Article Controversial Mummy Blogger To Sizzle On The Dancefloor 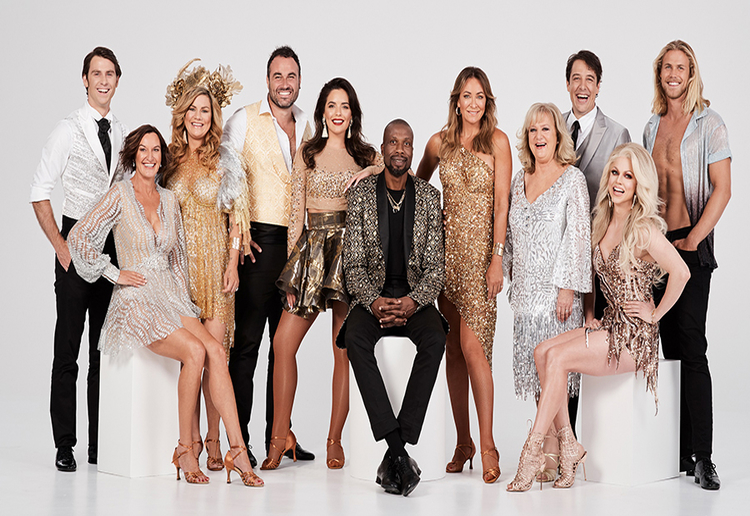 Channel Ten’s DWTS lineup has been revealed and it includes some familiar (and not so familiar!) faces…

She’s one of the most controversial mummy bloggers in the business, but now Constance Hall is set to take on a whole new challenge joining a line up of ‘celebrities’ on Channel Ten’s reboot of Dancing With the Stars. Determined to take on ‘a world of online bullying’, Constance says she will use the show as a platform to call out cyber bullies and prove she’s got what it takes to win.

No stranger to criticism, most recently after sharing a contentious post-birth photo, Constance is preparing to face the judges. “I am actually the most unfit person you will ever meet – I can’t touch my toes and I make old woman noises when I get up off the couch so it’s definitely not been easy for me at all,” she said. Constance will be in good company, as it turns out she is not the only star joining the show with a point to prove. After facing relentless media attention following her split from husband Karl Stefanovic, Cassandra Thorburn is also back in the spotlight as part of the new line up. A unnamed source speaking to Women’s Day said that Karl is less than happy with Cassandra’s new gig. “It will be the ultimate slap in the face for Karl to see Cass on TV looking fitter than she’s ever been,” the source said. “And trust me, he’ll be raging behind closed doors.”

Samuel Johnson, who will compete alongside Constance and Cassandra on the show, says Cassandra will be one to beat. “I did tell her she looks great and it looks like she’s going to go all the way because she’s got the moves. She’s got swagger and she looks bangin'” he told Nova FM hosts Fitzy and Wippa. The rest of the Dancing With The Stars lineup is a mixed bag, with popular Living Room chef Miguel Maestro and Studio Ten host Denise Scott also taking to the floor, alongside Aussie drag queen Courtney Act and personal trainer Michelle Bridges. Hosted by Grant Denyer and Amanda Keller, the show is set to debut on Monday 18th February at 7:30pm.

Will you be tuning in to Dancing With The Stars? Let us know in the comments!