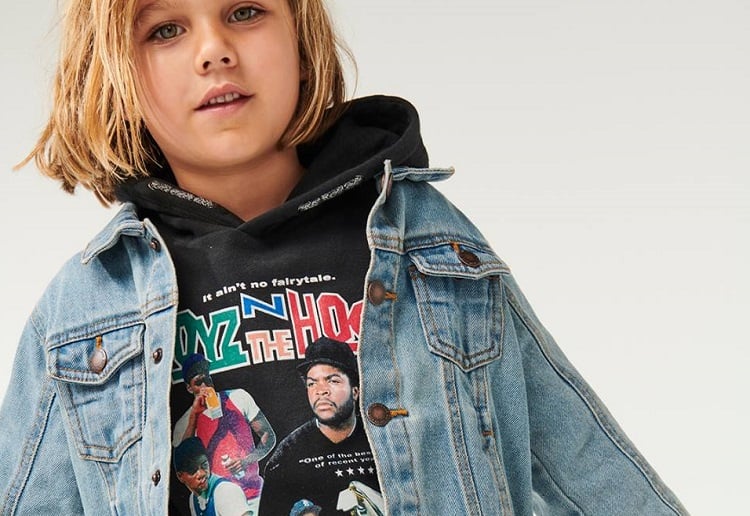 The Cotton On Kids new ‘licensed range’ includes jackets with Snoop Dog, The Beastie Boys and Nirvana – all musicians who release music with ‘explicit lyrics warnings’.

The range has left some parents confused why many items were plastered with imagery from music and movies not meant for children’s ears.

Mother Amy Patterson told Yahoo News Australia that she thinks the clothes are “tacky” and the brand was trying to cash in on the music and film taste of parents, adding that “the clothing seemed to be more for the adult’s entertainment and nostalgia”.

“I think it’s a bit premature to be dressing young kids in clothes that are associated with a movie that includes violence and gangs,” she said.

Sarah Middlemiss, a mother to a four-year-old daughter, agreed children were too young to be introduced to the type of music on the clothing items and said it would make kids curious to seek out the R-rated content.

“Kids are so impressionable at these ages, it would make it seem like the topics they rap about are OK in their immature minds,” she told Yahoo News Australia. 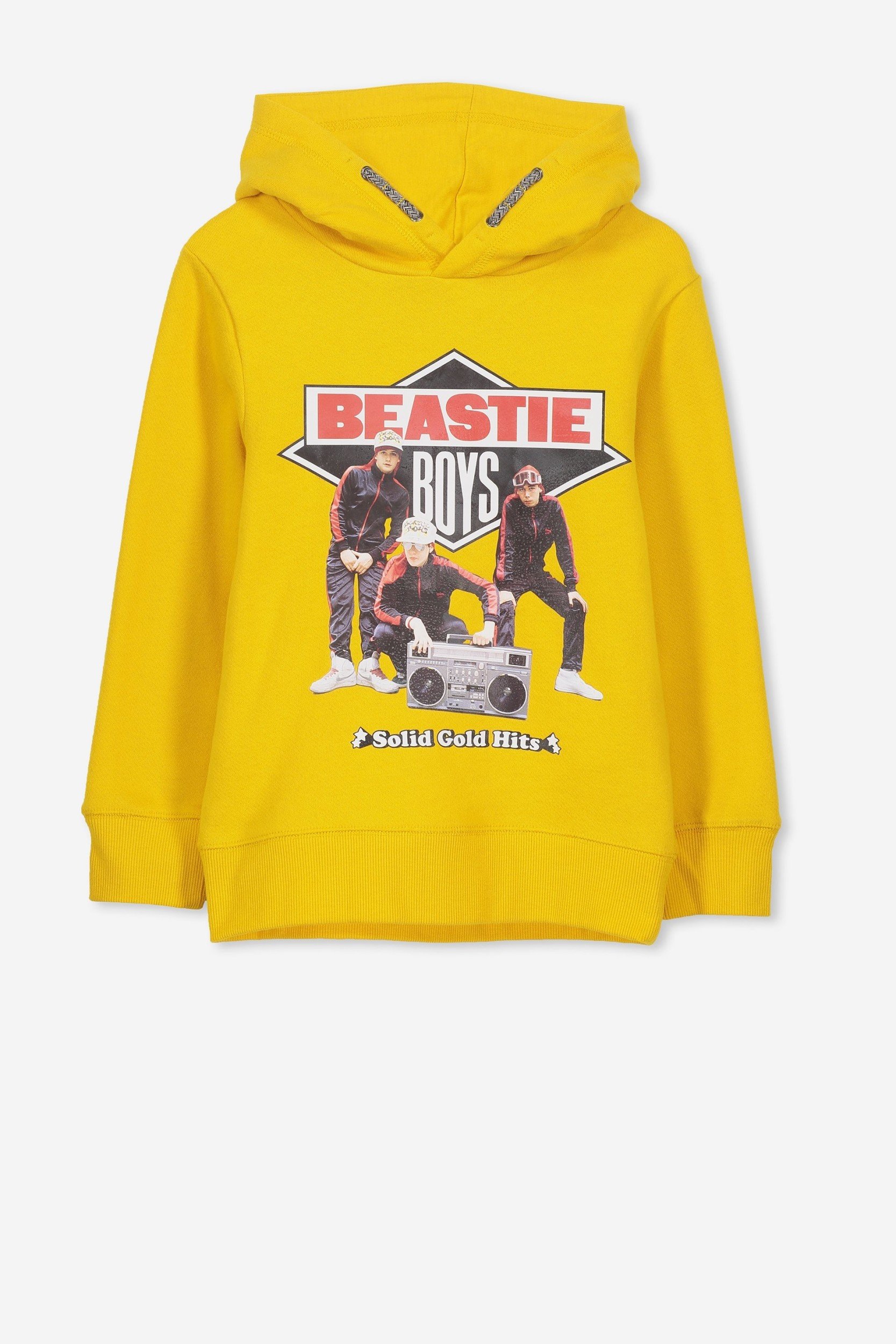 “I feel it would encourage kids to want to listen to their music, opening the door to their explicit lyrics,” she added.

Ms Patterson also said she was concerned about the association with drugs.

“Snoop Dog is known for his love of marijuana and I’m not a fan of that association,” she added.

A spokesperson for Cotton On Kids told Yahoo News that while they acknowledge that the artists on the clothing are not for children, they were hoping the designs would “hold a nostalgic memory in the minds of their parent’s generation when rap and hip hop became a huge musical movement during the 90s”.

Cotton On Kids said they were hoping the products would “spark nostalgia in anyone who grew up during that era,” adding that they “didn’t mean to offend.”

Do you think it is an inappropriate range for kids?