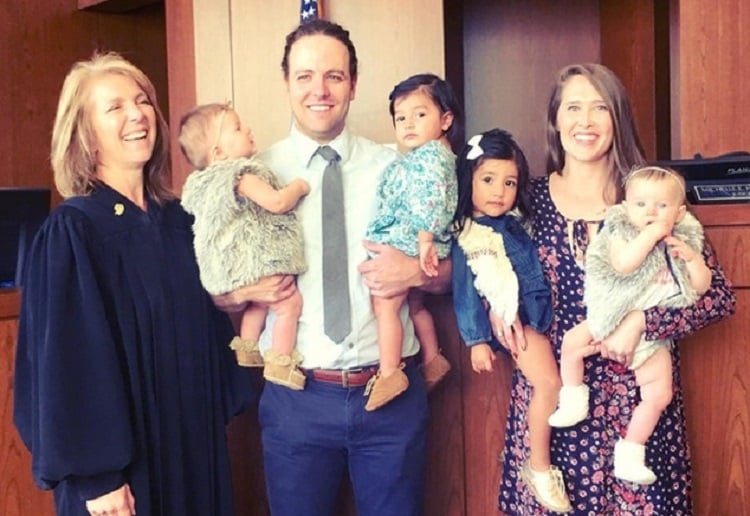 Meet the parents who took on four children in 24 hours.

Kaley Carling, from Utah, was unable to have children herself because of medication she was taking for a Lupus diagnosis. She and her husband, Jeremy, decided to adopt.

“Ever since I was a teenager, and I knew what fostering and adoption was, I wanted that to be a part of my life whether I was able to have children biologically or not,” she told US ABC.

In August social services contacted them to say that two little girls — Indie, 1, and Haven, 2 — were up for fostering.

Less than 24 hours later they got another call from a new mother who asked them if they could adopt her twin daughters, nine-month-old Sunny and Weslie.

The adoptions of all four girls were formally completed late last month.

“I can’t explain the feeling,” Kaley said, who posted about the experience on Reddit, under username, zerotofourinfive,  “I feel like kids could even feel it, we all felt a massive sense of relief. The time had come for us to just be a normal family.”

She added, “We had the girls for 14 months and the twins for 9 months by the time we adopted them last month.”