Article Couple Can’t Decide On Baby Name – Can You Help? 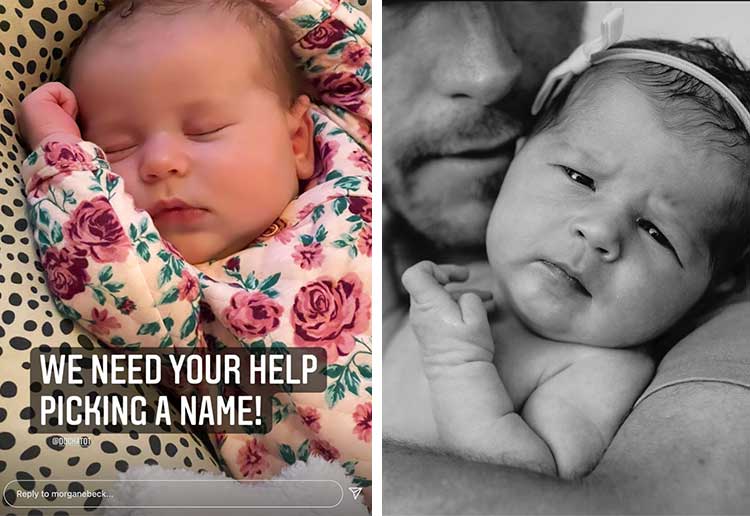 An indecisive couple say they’re ‘stumped’ for names, after having their eighth baby several weeks ago. And now they want your help to name her.

Former American Olympic skier Bode Miller and his wife, former pro volleyball player Morgan Miller, welcomed their baby daughter late last year, announcing her birth in December. But they haven’t been able to decide on her name, taking to Instagram to ask their followers to vote on what she should be called.

“It’s hard because her personality is different, and I think we’re all trying to get used to it,” Bode told TODAY. “She’s stumped us on names so far. We have a lot that we like, but she hasn’t smiled or high-fived or anything when we say them to her, and we say them to her all the time.” 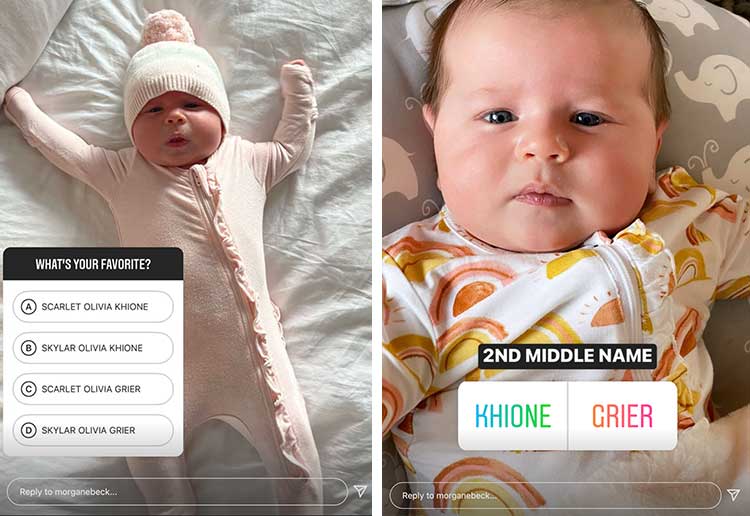 The couple have been calling their baby girl Ocho, which means ‘eight’ in Spanish, while they’re trying to decide on her forever name. They say they’ve chosen Olivia as her first middle name (she’ll have two middle names) and they may call her Liv, even if they choose it as a middle name.

Here are the names the Millers have been tossing up:

“Our three front-runners are Skylar, Scarlett, and calling her Lettie, or Olivia, and calling her Liv,” Morgan, 34, said. “All kind of have a special meaning to it. So we may have to reach out to our social media followers and ask for some assistance because she has not really been giving us many answers.”

“I’m a huge fan of Liv, Olivia,” added Bode. “It’s a little bit frustrating that it’s one of the most popular names this year because most of the names of our children aren’t terribly popular, but we’re not going to let that stand in the way, obviously.”

A post shared by Morgan Miller – The Simple Mom (@morganebeck)

The couple are also parents to Nash, six, Easton, three, two-year-old twins Asher and Aksel and Emeline, who tragically died in a drowning accident in 2018 at 19 months old. Bode also has two children from a previous relationship, eight-year-old Nate and 13-year-old Dace.

Which baby name would you vote for? Let us know in the comments below.