Article Mums Reveal The Creepiest Things Their Kids Have Said 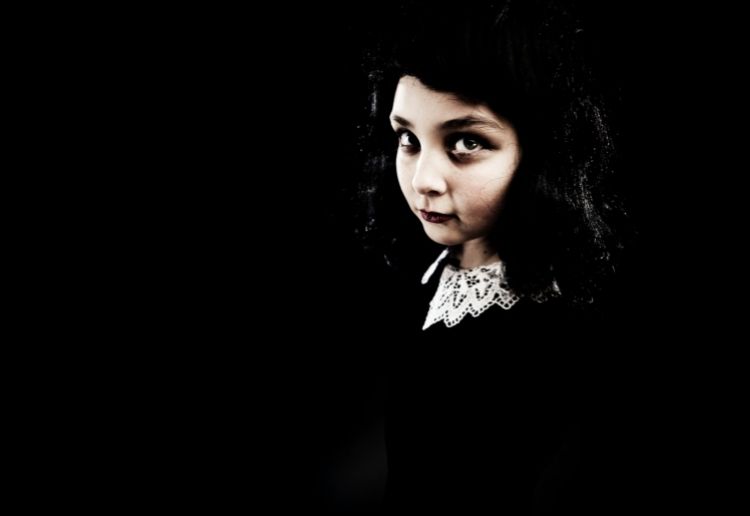 Parents have shared the most spine-chilling things their children have ever said to them, and let’s just say we may never sleep again.

We asked the Mouths of Mums community to share the creepiest thing their child has said to them, and the answers have freaked us out! From wanting to eat human skin to seeing people who aren’t there and premonitions, these snippets are the stuff of nightmares!

Creepiest things kids have ever said

“He would always use a weird monotone voice, ‘If I cut you while you sleep you would bleed lots.” – Jaimee-Lee

“My three-year-old said her favourite food is human skin.” – Stephanie

“He once asked me what my blood would taste like. Another time he wanted to wear my skin as a hat.” – Bec

“When my daughter was little I would hear her talking in her room, when I asked who she was talking to she said a little boy in a wheelchair. My mum’s brother died when he was a child and was in a wheelchair.” – Kaye

“My daughter was about three and would always wake during the night and stand by my bed and say ‘I like watching you sleep’ in a freaky tone of voice.” – Alecia

“When I was pregnant with my fourth child my then four-year-old told me, ‘Mummy sometimes babies die and when they do you bury them in the backyard.'” – Jodie

“Just moved into a new house, that was an older house. I had a strange feeling in there but ignored it. One day I was driving in the car and my son, aged three, suddenly said, ‘The man in my room said to me, this is my room, not your room’” – Tamie

“My daughter on the way to gymnastics says to me “remember when you hit that bird with the car, mum?”
I haven’t hit a bird with my car before… 10 mins later driving home from dropping daughter off, a bird flew into my car.” – Natalie

“Mama there’s a little old lady coming out of the carpet and she has her back to me.” – Jaimee

“How do you kill babies? The child in question was three, and just had a baby little sister.” – Jo

“‘Mum your hands are cold’. I was at least a metre away and no one touched her.” – Tania

“In the middle of the night while trying to get her back to sleep, my then 3 year old pointed at her wardrobe and said ‘mummy why that little girl not moving?’” – Sarah

“’Hey Mum, see that castle over there? I died in there.’ Said castle was the old Pentridge Prison. Followed by: ‘I use to live there because the policeman thought I stole the diamonds but it wasn’t me who stole them, but yeh that’s where I died.'” – Mikki

“My three-year-old kept waking up at two in the morning telling me the boy with the yucky eyes keeps coming into his room and waking him up. His room was freezing when I went in there.” – Stacey

“He had an imaginary friend called Uncle, and Uncle was dead, ‘Uncle died like this’ (would forcefully slap the inside of his arm) My brother had died two months before from a heroin overdose, and still had the needle hanging from his arm!” – Georgina

“My 10-year-old when he was around three said to me just randomly, ‘Mum I’ve been in your tummy twice haven’t I, but I came this time because the first time I wasn’t ready.’ Unbeknownst to him I’d had a miscarriage before falling pregnant with him.” – Amanda

If you’ve got a creepy convo to add, make sure you head over to the Facebook post. Or you can add it to the comments below!