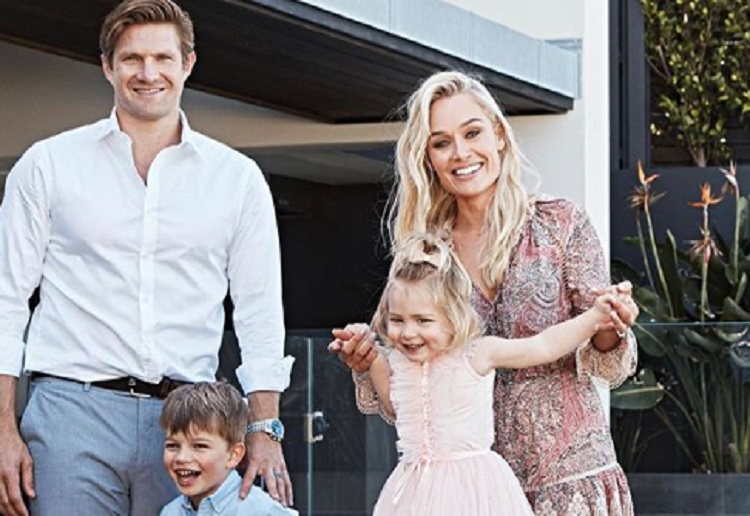 Chatting to Stellar, the former Australian cricketer said he found it difficult to get his two children, Will and Matilda out of the house.

“We were always trying to get our kids into programs, whether it was kinder gym or sessions at the library,” he said.

“It was about getting them out of the house, [which was] very challenging.”

His comments relating to parents using screens as a distraction has sparked some outrage.

“You can really fall into a lazy way of parenting where you go, ‘Oh, well, I’ll just sit on the couch and watch what I want and give the kids an iPad’.”

– “My children have used their iPad to assist with their speech therapy. Unless Shane and Barbie know better than my speech therapist with over 40 years of experience, I think I will trust the therapist.”

– “Why not do both? Go to the beach for three hours and then come home an chill out and watch ipad for an hour. What’s wrong with that. Not that much worse that zoning out to TV or a movie. It’s all about balance, not saying one way is better parenting.”

– “My kids ride to school most days then ride with their friends after school and on weekends, we pretty much live at the beach and are frequently at the park. Guess what they all have some kind of iPad device that they also love playing. Every thing in moderation I say and also each and everyone of us parents differently so who do they think they are telling others what they are doing is wrong!?”

– “Oh please. We’d never go out for dinner or shopping again without the iPad. He can do what suits him but to label it lazy parenting – I disagree. Sometimes it’s smart parenting.”

Shane has started Let’s Activate, a program that requires children to get moving through sport and dance.

Meanwhile wife, Lee, has written  a children’s book, titled Nothing Happens Outside.

The story revolves around two young siblings- loosely based on Will and Matilda- whose phone falls into a toilet, requiring them to head out of the house in order to occupy their imaginations.

Lee says that she wants her kids to grow up spending their days outdoors like she did.

“Every day we’re at the park [or] the beach having a good time,” she said.

Do you think it is lazy parenting to give kids some downtime and a distraction?

I am not ashamed of my parenting choices. I think the most important thing for a parent is to be confident in their decisions.

My boys use devices, but they are also outside climbing trees, kicking a ball, riding a bike, swimming at the beach and generally running amok a huge percentage of each day.

A bit of device time during their quiet moments certainly doesn’t make me, OR them, lazy. Does it? What do you think?