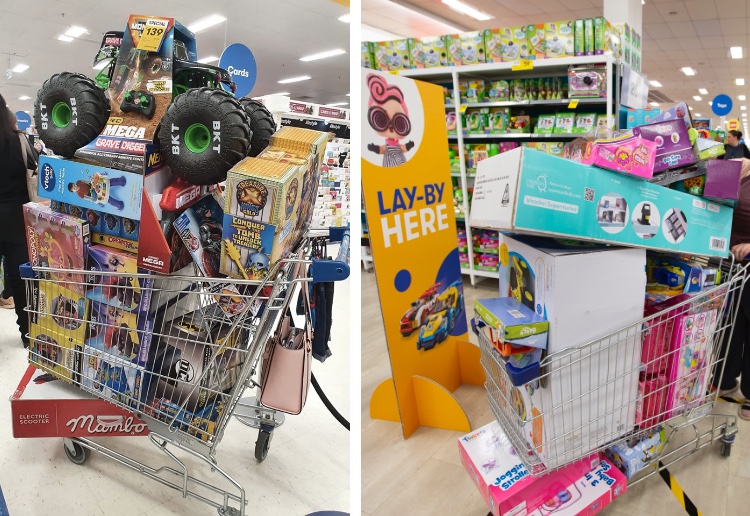 It wasn’t a good start for Big W’s Toy Mania sale as disgruntled shoppers fumed about limited stock and long waiting times. But it seems like there were semi-smiles and bulging trolleys as the mega toy sale kicked off in-store today.

Eager shoppers started lining up and their local Big W to snap up a bargain. All early reports were that crowds were polite and patient as they waited for the stores to open.

However, many have reported that they waited for over 4 hours in the layby line and were pretty disappointed that some of their must-have items on their list had sold out before the stores had even opened.

Some more impatient shoppers abandoned their goods and headed straight to Target where many received price matches or else paid a dollar or two extra for the same item.

Big W have reported that the best sellers during the first 24 hours of the sale have been a real mix. One of the biggest hit has been nostalgic brands like Care Bear, Aussie pre-schoolers favourite pup, Bluey and pocket-friendly items like Barbie’s latest Colour Reveal Doll. LEGO is consistently a top seller year-round so it’s no surprise families are grabbing the latest releases at the discounted prices.

From the pics of the overflowing trolleys, shoppers have been buying big for future birthdays and Christmas. The trolley packing skills of some of the talented shoppers was truly impressive with large bikes and stuffed animals somehow perched on top of a range of LEGO and Barbies. 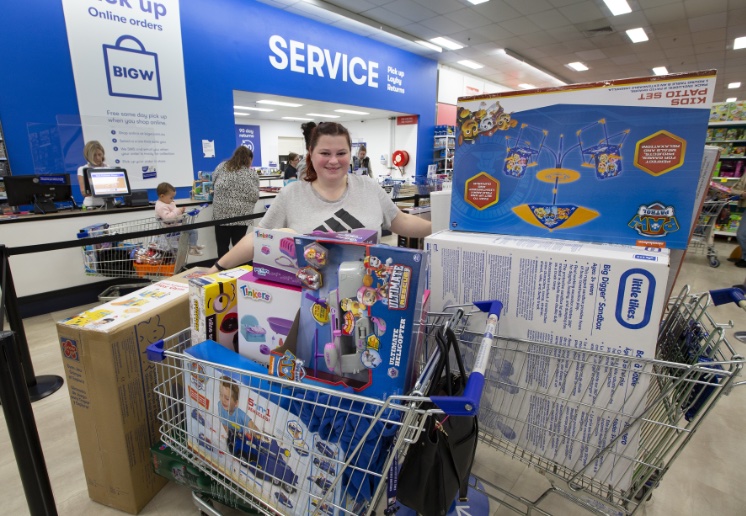 Many customers managed to get a good haul with some saying that they had to visit up to three stores to get the products they were after. It seems that many shoppers were disappointed that they couldn’t get their paws on the Care Bears Tenderheart Swarovski Limited Edition Bear for $99. With only 3,000 made, this unique tenderheart bear features crystals from Swarovski and comes with a certificate of Authenticity. Another hot product was the Barbie Color Reveal Doll which was also sold out in many locations.

The Big W Toy Mania sale is happening online and in-store until 15 July, while stocks last.

What did you fill up your trolleys with, in the Big W Toy Mania Sale? Tell us in the comments below.