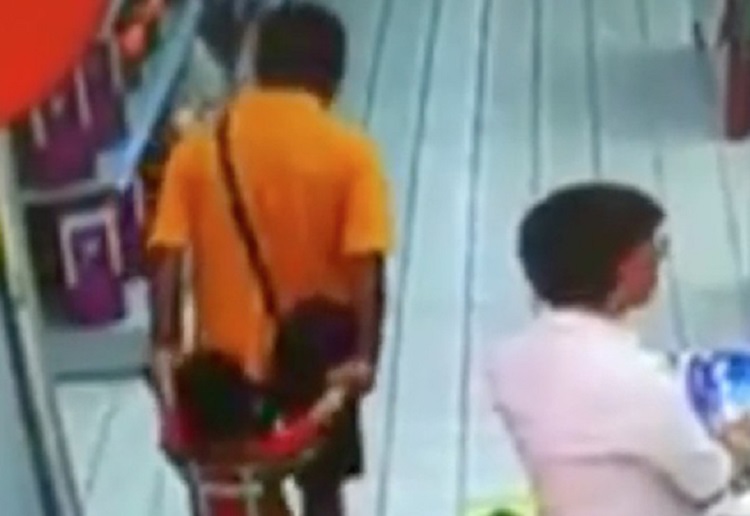 Horrific footage has emerged online showing the moment a father accidentally toppled backwards onto his son, crushing the child to death.

CCTV footage from a supermarket shows a man holding hands with a little boy with his back turned to him, reports The Mirror.

The pair appear to be messing around, as the youngster pulls backwards and ‘swings’ from the man’s arms.

The harrowing footage, reportedly aired by the Guangzhou Broadcasting Network, then shows the man lose his balance and topple backwards, landing on the child’s neck.

The man scrambles to his feet as a woman rushes to the young boy’s aid.

The fate of the child is unknown, however unconfirmed reports suggested the boy died in hospital after suffering a broken neck.

The origin of the video is unknown, although it has been widely shared on social media in China, warning parents of the dangers of daily life.