Article Dad accused of child abuse over this photo 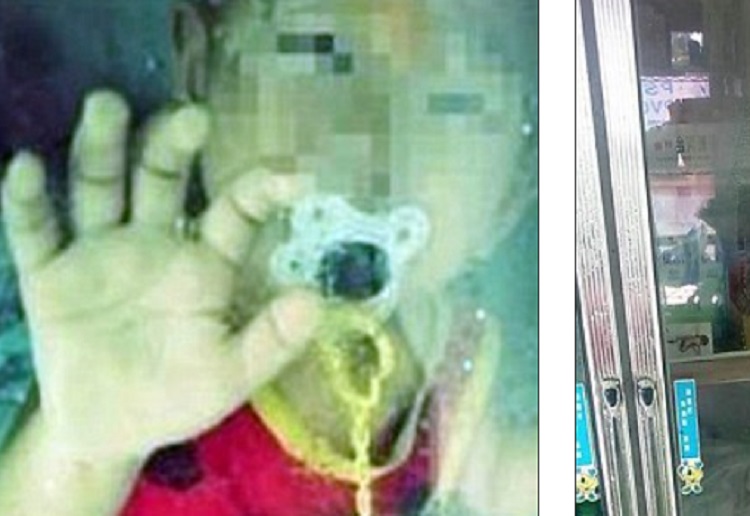 This photo is going viral and getting dad into all sorts of trouble.

A Taiwanese dad has been accused of child abuse after a picture of his son, sitting in a fridge, was shared on social media. The photo was posted as a “joke” by the father’s friend, with the caption, “I can’t afford to raise (this child). Auction prices start at 0 yuan”.

The photo showed a smiling boy, aged two, sitting behind the transparent fridge door with drinks for sale behind him.

The little boy seemed to be enjoying the experience, but it did not go down well at all with social media users.

People immediately began sharing the photo and called for police to investigate the alleged case of child abuse, saying that the man, surnamed Huang, was inappropriate and unfit to be a parent.

The photo was apparently taken by a friend of the dad, who owns a shop in Western Taiwan, reports the Daily Mail.

When local media visited the single father and his boy, they found that the incident was a total misunderstanding.

The father claimed he did not give permission for the photo to be shared online, and said his son always climbed into the fridge despite his warnings.

“My son likes to play around and climb into the fridge himself. I told him not to but he wouldn’t listen,” he said.

“One of my friends thought my son was cute and so he took a photo of him and posted it online with those comments as a joke.”

Apparently friends of the father told media that Huang was a very caring and loving father, and his son was equally devoted to his dad.

Police did not get involved in the case, despite the viral and relentless criticism of the dad.

I think it is time for people to realise when a photo should be just shared privately and NOT splashed around for others to become concerned about that really don’t know you. PLEASE don’t share a photo without parents permission. 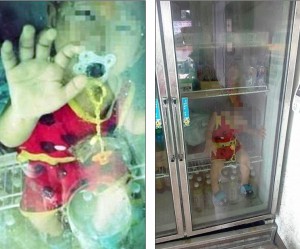