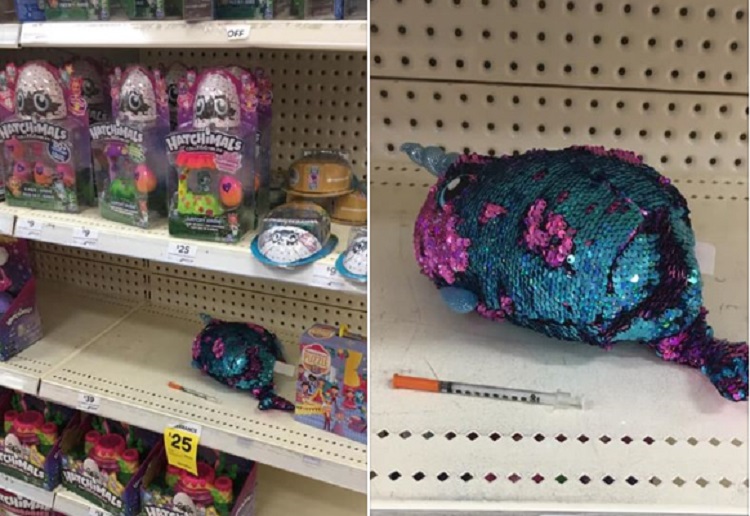 A dad is furious after his daughter picked up a toy in a Big W to find a syringe hidden underneath.

The NSW father claims he took his daughter to his local store in Cessnock, to get a toy but was horrified to find the needle sitting on the shelf.

“First toy she picks up had a junkies syringe under it,” Tim wrote on Facebook.

“Absolutely disgusting that people use needles but to put them underneath children’s toys what a joke, absolute scum.”

While many believed that the needle was used by someone to inject drugs, other social media users suggested that it was a needle used to inject insulin. 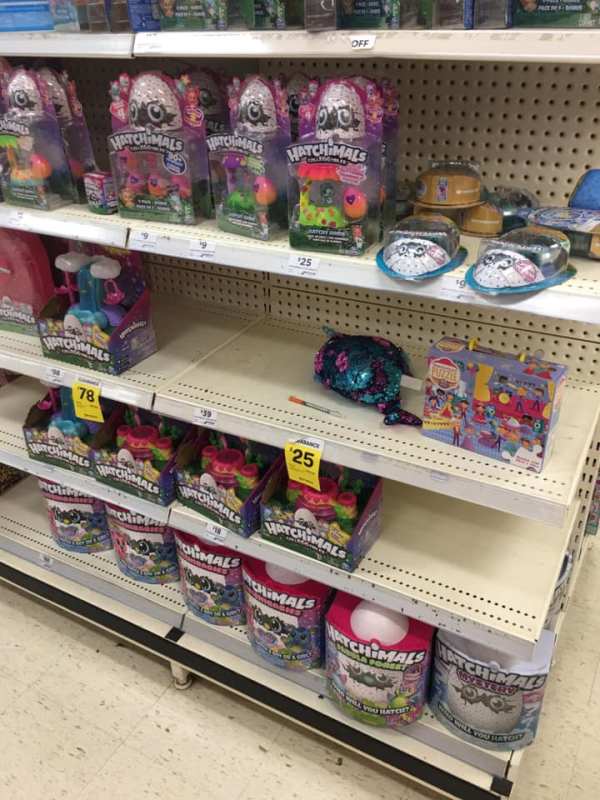 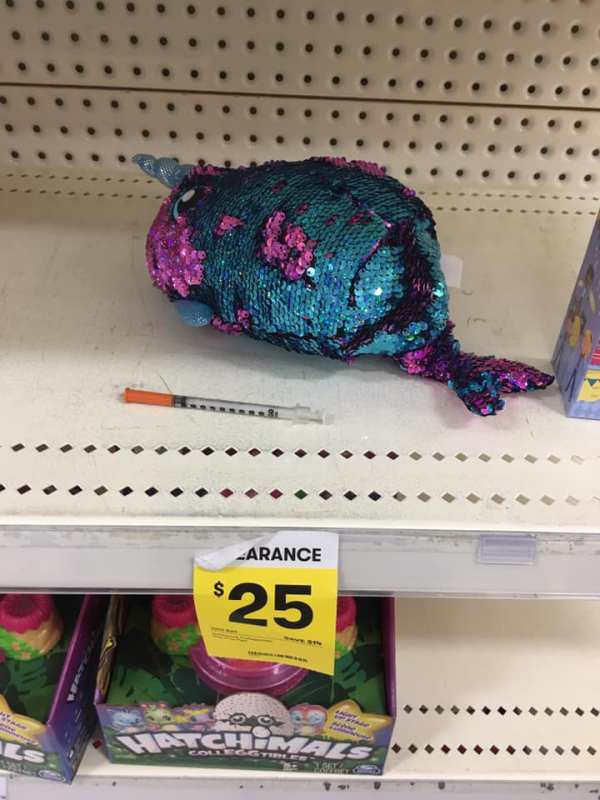 The dad said he spoke to staff about the incident but there was no CCTV camera in that aisle.

The post has been flooded with comments from horrified social media users attracting over 1200 shares and 770+ comments. 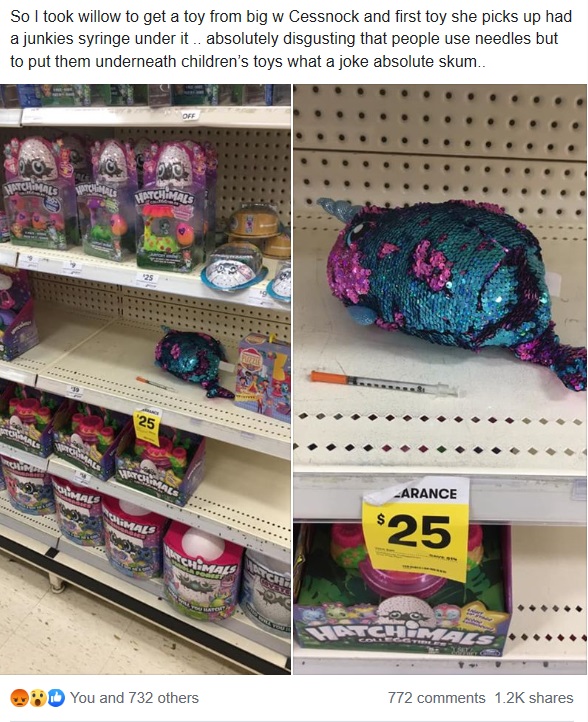