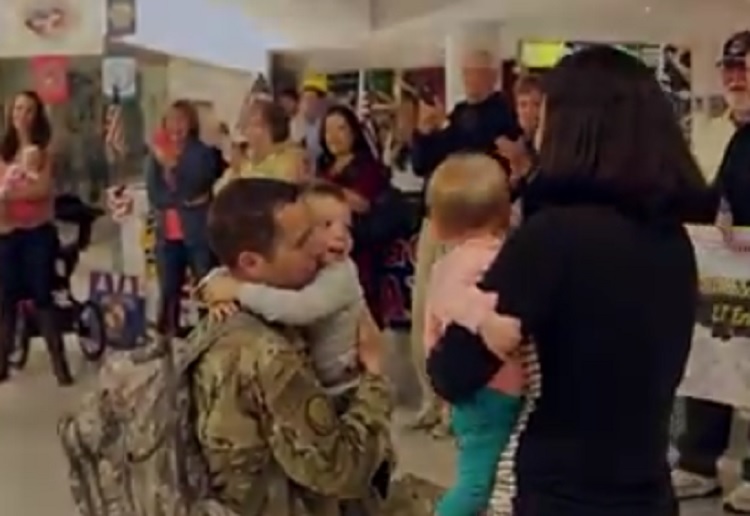 Dad left special kisses in a jar for his toddler son while he was away on deployment for six months.

Steve Dillenburger, a major in the Air Force, left 190 Hershey Kisses in a jar for his now 3-year-old son, Sean, to enjoy each night as a “goodnight kiss” while his daddy was away for six months.

“He was looking for ways to do something special to help our Sean remember him and stay in touch and know he’s thinking about him,” Sean’s mum, Mary Ellen Dillenburger, told ABC News. “We discussed the kisses and thought it was a cute idea and a nice little addition to our nightly routine.” 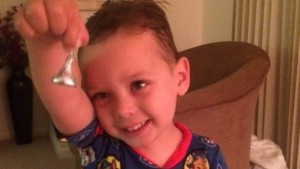 She said her young son would still get the kisses “even when he was not behaving” because she “couldn’t punish him from daddy.”

Sean enjoyed one kiss a night, every single night, until his beloved daddy was home, a day he knew was coming as soon as the jar started getting empty.

“Finally about a week out or so I said, ‘Daddy’s coming home soon,’ and then we started crossing off the days and getting excited,” said Mary Ellen. “We were able to drive up and wait for him at the airport.”

As soon as Sean saw his dad at the airport, he ran up to give his daddy a giant hug. Now the two are enjoying their father-son time together with no new deployment for Steve in sight.

“He’s so happy daddy’s home,” she said. “He misses the chocolate kisses, but he’s more happy that daddy is home.”

Such a beautiful gesture! I love this idea.