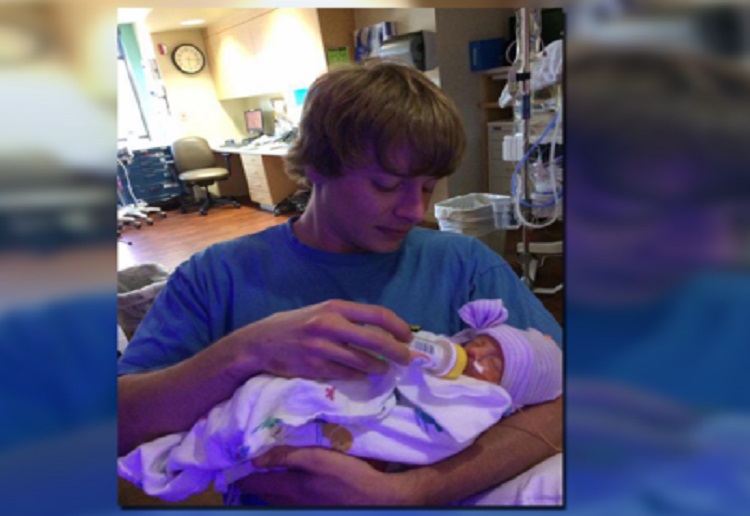 After his fiancee’s death this new dad battled to take his baby girl home from hospital after reportedly being involved in a legal fight for her custody.

James Gardner has been left to fight for custody of his baby girl Hadley after his fiancée, Heather Trimble, died in a car accident in Texas while eight months pregnant.

Mr Gardner reportedly had issues bringing his baby girl home because Ms Trimble was still legally married to a man she left three years ago.

“I really didn’t think this could get any worse,” he said.

“The amount of wrong turns this thing has taken is really mind-boggling. To think that anyone would have to deal with this on top of the original crash.”

A family lawyer not involved in the case, told Fox4 because Ms Gardner was married at the time Hadley was born it was assumed her estranged husband is the child’s father.

“Because she was married to him at the time of the birth of the child, the actual father, legally speaking, is a presumed father — which is her husband,” Mr Lewis said.

He has now hired an attorney to help him work through the legal issues, and the estranged husband is willing to file the necessary paperwork. An emergency hearing is set for Friday.

Once parentage is resolved, Gardner can then change the birth certificate to reflect ‘Hadley,’ the name Heather would have wanted.

What a horrible situation for that poor man to be dealing with after losing the love of his live. Our thoughts are with him.