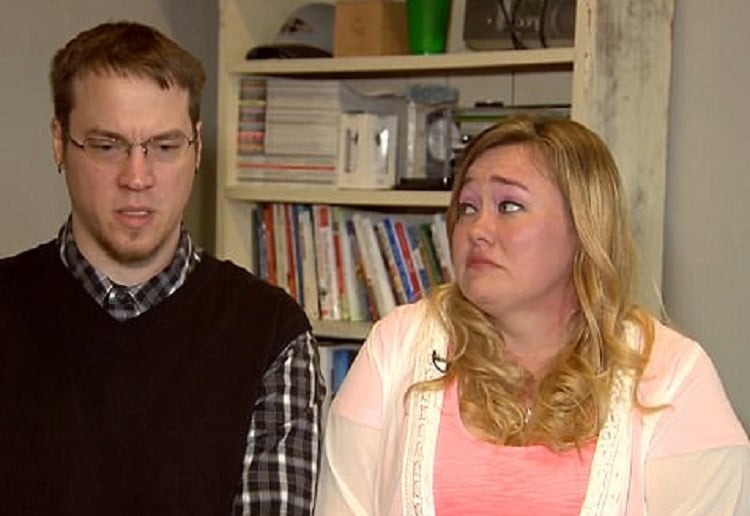 When exploiting kids for cash goes wrong on YouTube: the lessons of DaddyOFive

The US YouTube channel DaddyOFive, which features a husband and wife from Maryland “pranking” their children, has pulled all its videos and issued a public apology amid allegations of child abuse.

The “pranks” would routinely involve the parents fooling their kids into thinking they were in trouble, screaming and swearing at them, only the reveal “it was just a prank” as their children sob on camera.

Despite its removal the content continues to circulate in summary videos from Philip DeFranco and other popular YouTubers who are critiquing the DaddyOFive channel. And you can still find videos of parents pranking their children on other channels around YouTube. But the videos also raise wider issues about children in online media, particularly where the videos make money. With over 760,000 subscribers, it is estimated that DaddyOFive earned between US$200,000-350,000 each year from YouTube advertising revenue.

The rise of influencers

Kid reactions on YouTube are a popular genre, with parents uploading viral videos of their children doing anything from tasting lemons for the first time to engaging in baby speak. Such videos pre-date the internet, with America’s Funniest Home Videos (1989-) and other popular television shows capitalising on “kid moments”.

In the era of mobile devices and networked communication, the ease with which children can be documented and shared online is unprecedented. Every day parents are “sharenting”, archiving and broadcasting images and videos of their children in order to share the experience with friends.

Even with the best intentions, though, one of us (Tama) has argued that photos and videos shared with the best of intentions can inadvertently lead to “intimate surveillance”, where online platforms and corporations use this data to build detailed profiles of children.

YouTube and other social media have seen the rise of influencer commerce, where seemingly ordinary users start featuring products and opinions they’re paid to share. By cultivating personal brands through creating a sense of intimacy with their consumers, these followings can be strong enough for advertisers to invest in their content, usually through advertorials and product placements. While the DaddyOFive channel was clearly for-profit, the distinction between genuine and paid content is often far from clear.

From the womb to celebrity

As with DaddyOFive, these influencers can include entire families, including children whose rights to participate, or choose not to participate, may not always be considered. In some cases, children themselves can be the star, becoming microcelebrities, often produced and promoted by their parents.

South Korean toddler Yebin, for instance, first went viral as a three-year-old in 2014 in a video where her mom was teaching her to avoid strangers. Since then, Yebin and her younger brother have been signed to influencer agencies to manage their content, based on the reach of their channel which has accumulated over 21 million views.

As viral videos become marketable and kid reaction videos become more lucrative, this may well drive more and more elaborate situations and set-ups. Yet, despite their prominence on social media, such children in internet-famous families are not clearly covered by the traditional workplace standards (such as Child Labour Laws and that Coogan Law in the US), which historically protected child stars in mainstream media industries from exploitation.

This is concerning especially since not only are adult influencers featuring their children in advertorials and commercial content, but some are even grooming a new generation of “micro-microcelebrities” whose celebrity and careers begin in the womb.

In the absence of any formal guidelines for the child stars of social media, it is the peers and corporate platforms that are policing the welfare of young children. As prominent YouTube influencers have rallied to denounce the parents behind the DaddyOFive accusing them of child abuse, they have also leveraged their influence to report the parents of DaddyOFive to child protective services. YouTube has also reportedly responded initially by pulling advertising from the channel. YouTubers collectively demonstrating a shared moral position is undoubtedly helpful.

The question of children, commerce and labour on social media is far from limited to YouTube. Australian PR director Roxy Jacenko has, for example, defended herself against accusations of exploitation after launching and managing a commercial Instagram account for her her young daughter Pixie, who at three-years-old was dubbed the “Princess of Instagram”. And while Jacenko’s choices for Pixie may differ from many other parents, at least as someone in PR she is in a position to make informed and articulated choices about her daughter’s presence on social media.

Already some influencers are assuring audiences that child participation is voluntary, enjoyable, and optional by broadcasting behind-the-scenes footage.

Television, too, is making the most of children on social media. The Ellen DeGeneres Show, for example, regularly mines YouTube for viral videos starring children in order to invite them as guests on the show.
Often they are invited to replicate their viral act for a live audience, and the show disseminates these program clips on its corporate YouTube channel, sometimes contracting viral YouTube children with high attention value to star in their own recurring segments on the show.

Ultimately, though, children appearing on television are subject to laws and regulations that attempt to protect their well-being. On for-profit channels on YouTube and other social media platforms there is a little transparency about the role children are playing, the conditions of their labour, and how (and if) they are being compensated financially.

Children may be a one-off in parents’ videos, or the star of the show, but across this spectrum, social media like YouTube need rules to ensure that children’s participation is transparent and their well-being paramount.

DaddyOFive blogger, Mike, has since lost custody of his two young kids to their biological mother.

On Monday, Rose Hall, the biological mother of Mike Martin’s two youngest children, Cody, nine, and Emma, 12, uploaded a video with her lawyer, Tim Conlon of the Custody Place, saying that she had emergency custody of the kids, who were the main targets of the ‘pranks’ of Mike and his second wife, Heather, reports Daily Mail.

‘They’re doing good,’ Hall says on the video. ‘They’re getting back to their playful selves.’

‘The kids are in a deprogramming sort of mode in the moment,’ said Conlon.

The pair thanked people on YouTube who persisted on trying to get the children taken away from the couple.

‘Very heartbreaking and disturbing to see my kids abused,’ the mum added.