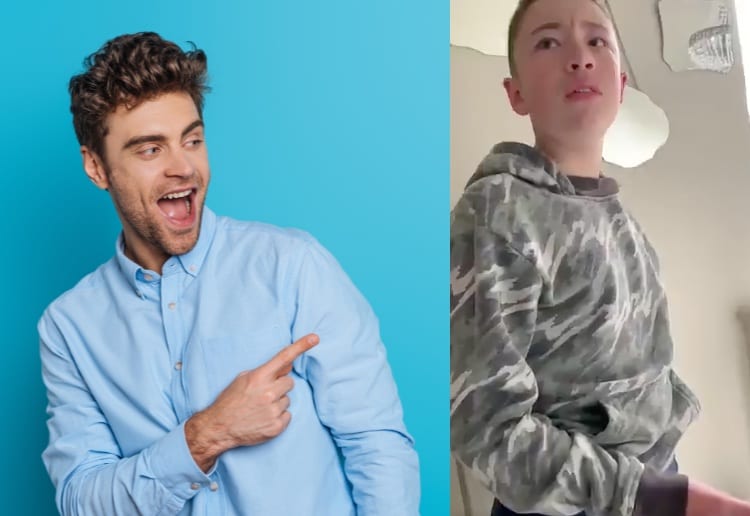 British dad, Ben Jerome, played the perfect prank on his lazy son, convincing him that he had slept through the weekend after he took a Saturday afternoon nap. When the teenager woke up, he was told that it was Monday morning and began to panic about being late for school.

In the clip, which went viral online, Ben can be seen going into his son’s room and telling him that he needs to get a move on. “I think you’re going to be late for school but you’ll be ok yeah?” Ben tells the bleary-eyed teenager. “It’s Monday morning, you slept all the way through.”

If your son decides to have a cheeky Saturday afternoon nap… always make sure you wake him up and pretend he’s slept through to Monday morning…. they’ll thank you for it later in life #parenting #yourewelcome pic.twitter.com/uz3I2jcRLR

His son can be seen trying to process what has happened, as Ben informs him that the noise downstairs is his siblings having breakfast before the school run. After a few moments, Ben bursts out laughing, sending his son storming downstairs in embarrassment.

“If your son decides to have a cheeky Saturday afternoon nap…always make sure you wake him up and pretend he’s slept through to Monday morning,” he told The Sun. “They’ll thank you for it later in life!”

Comments on Ben’s post said the prank was a fun way to get a little revenge on lazy teenagers. “Brilliant! The look on the poor kid’s face!” one Twitter user said. “He was on the verge of tears, thinking he’d lost his whole weekend.” “Oh God, the poor lads face when it hits home,” said another. “Class move. Duly noted!”

Thankfully, the teenager has since forgiven his dad, with Ben posting a photo of his son dressed for school on Monday morning. “Now it’s Monday, son,” he captioned the picture. “Promise…”

Have you played the ultimate prank on your teenager? Tell us in the comments!