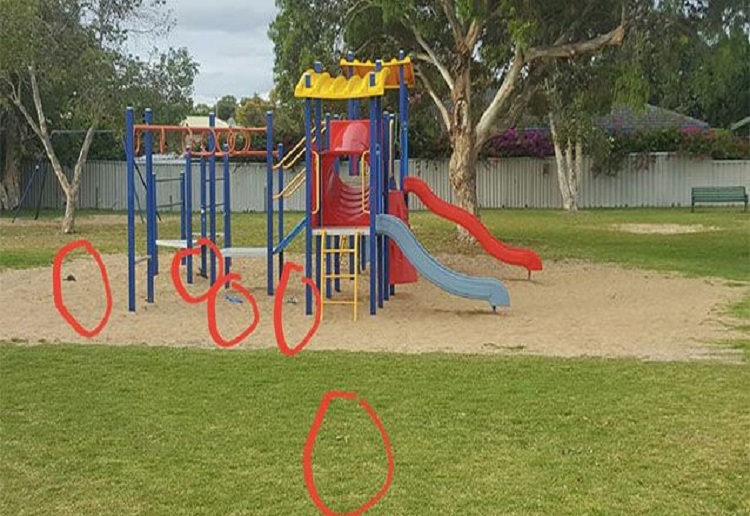 Family faces agonising wait after young boy pricked by a discarded needle at a playground.

Mr Edgar found the needles in the sand after his eight-year-old son Luke and his friend were pricked.

He took to Facebook to warn other families in the area.

‘Multiple used needles found loose and in bags along with what looks like faeces and other assorted junkie items,’ he wrote.

‘Two kids have been stuck (one of them mine).’

Describing the incident as “terrifying,” Mr Edgar told The ABC on Monday it’s “been the longest two days of my life … As a parent, you sit there fearing the worst that the result will come back with something.”

Mr Edgar’s son and his friend have undergone blood tests, but will need further checks to ensure they are not infected with HIV.

The council was called in, and later found seven syringes in the sandpit.

The equipment has been closed since Sunday morning.