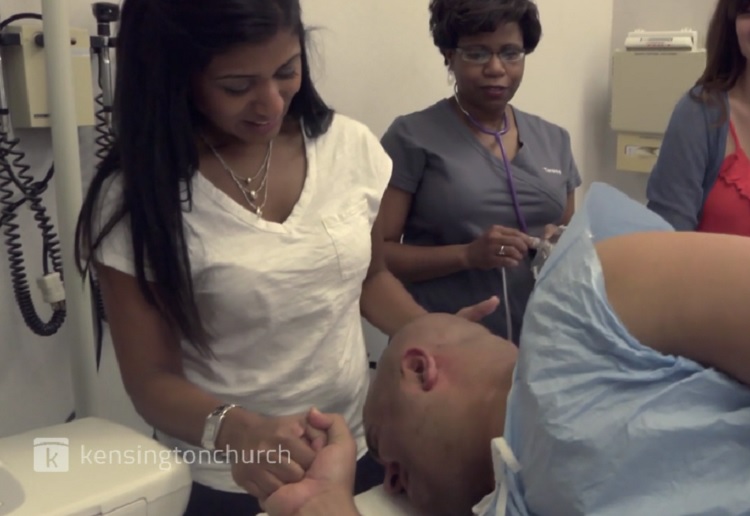 Two dads were left screaming in pain after declaring that childbirth couldn’t be ‘that bad’.

The two husbands, Brad and Dan, had apparently claimed that ‘women exaggerate everything,’ and said that labour pains couldn’t be as excruciating as they seemed, reports Daily Mail.

So, Dr Julie Masters of Rochester Hills, Michigan, decided to put their assumptions to the test by hooking them both up to a labor pain simulator – and recording their experience on video.

‘It feels like someone is taking a saw and just carving up my abdomen,’ says one of the guys.

As the pain is increased over the period of an hour, the men curl up, scream and even raise to their hands and knees in an attempt to dull the pain.

‘Stop smiling!’ one shouts at his wife, causing her to burst into laughter and give the other man’s wife a high-five.
After completing the experiment, both men admitted that the pain was ‘a lot worse’ than they had been expecting.

‘Mom, if anything that I experienced was as close to what I did to you all those years ago I’m sorry, you’re like a superhero,’ said one of the exhausted husbands.

Both men admit, “That was not good! It was worse than I could ever imagine”

Why do men always insist it is so easy and we exaggerate the whole thing?

Did your partner ever question the pain of labour?