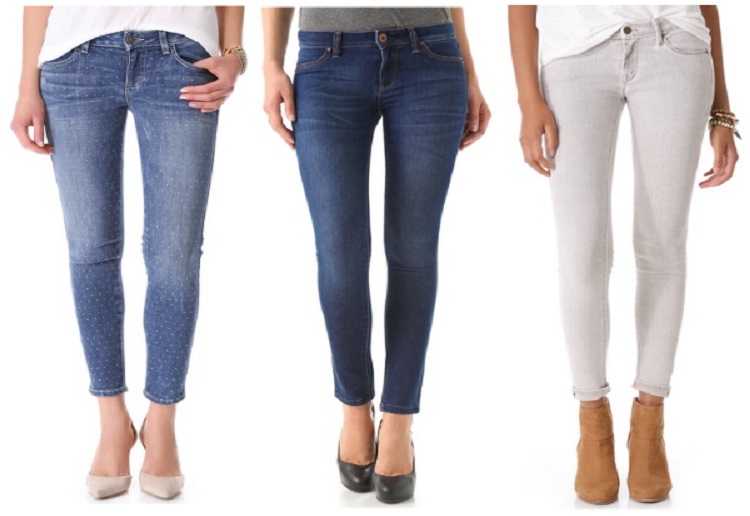 Woman nearly loses leg after pulling on a pair of skinny leg jeans.

Jane Rylance, 52, was just an hour away from having to have her leg amputated when her choice of skinny jeans caused oxygen starvation.

She has had to have four operations and a series of skin grafts and has been scarred for life by her ordeal, reports The Sun.

Jane said: “The jeans were literally squeezing the life out of my legs.”

She had been wearing the high-waisted black jeans all day before she collapsed while dancing at a friend’s party in June.

She took a cab to hospital the next morning after her legs ballooned and surgeons diagnosed Compartment ­syndrome, in which nerves and muscles are damaged by increased pressure.

If untreated, lack of blood supply can cause oxygen starvation.

Jane said: “The left leg had to be urgently sliced open to relieve the pressure on nerves. 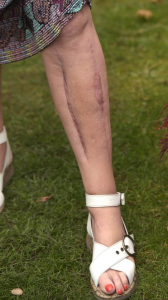 “The doctors told me that I was only an hour away from an amputation. I could have died. It was frightening.”

Jane, who admits the jeans were tighter than usual due to slight weight gain, had three more operations before grafts using skin from her thighs.

“It’s left me with long scars but I just feel grateful to still be alive.

“No fashion is worth the nightmare I’ve faced. I’ll not wear skinny jeans again. They can kill and should come with a health warning.”

Certainly something to be aware of ladies.

I have actually noticed my legs ache and feel quite tight in the calf if I wear my skinny legs too often. It took me a while to work out what was causing it, but that is definitely why!