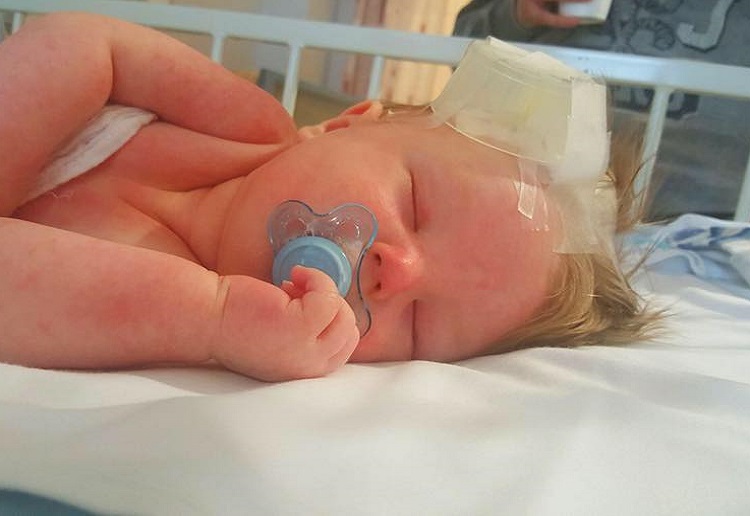 A devastated mother has shared pictures of her son’s meningitis rash which spread so fast it covered his entire body within 24 hours.

Annabella Hanslow, from Walsall in the West Midlands, noticed a “few dots” on her four-month-old son, Ashley-Jay Greatorex’s, back and while she carried out the glass test usually used to detect meningitis it “failed” for her.

She rushed little Ashley-Jay straight to the emergency room when he was struck down with a temperature and she claims doctors were stumped with the rash.

However after running a stream of tests, doctors eventually found that Ashley-Jay is suffering from both meningitis and septicemia.

“Just giving some pictures to warn people it doesn’t always start like they say it does,” Annabelle wrote on Facebook group ‘Support Baby Ashley’, which was set up by her sister.

Annabelle said the spots were flat and weren’t raised when she noticed them and her son has a wheezy cough and sticky and bloodshot eyes.

“They couldn’t work out the rash at all, they were confused. The first pic with the little dots was from yesterday morning. The last is from this morning,” she wrote.

“Please if anyone worries about it. Go get checked asap [as soon as possible]!

“I’m trying to be so strong for him but I just want to break into a million crumbles and take this nasty disease away.”

The pictures document how quickly the spots spread to cover little Ashley-Jay’s whole, tiny body and Annabelle said she wanted to share them to show other parents that the disease doesn’t always take the form you may think. 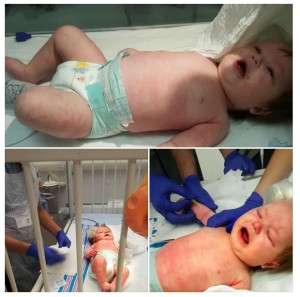 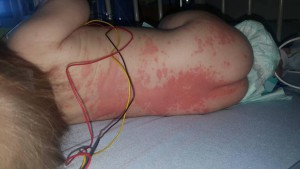 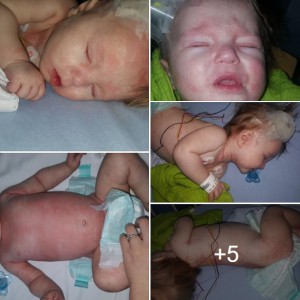 Annabelle’s sister took to the Facebook page this morning to update everyone on the baby boy’s progress.

“He seems like he’s ok. He’s looking at you more then he usually does and being more alert. Which is all great signs but he is still very, very poorly,” she wrote.

“The infection level is at 233 when they last checked. We will find out tomorrow what it is now. Cross fingers it comes down.”

The family also asked their Facebook followers to send love and prayers for Ashley-Jay as he battles the illness in hospital.

Meningitis can be hard to recognise in the early stages.

Symptoms can be similar to those of the common flu and can develop quickly, over a matter of hours.

The main symptoms to look out for are fever, vomiting, headache, stiff neck, sensitivity to light, and drowsiness or altered consciousness. The signs and symptoms do not appear in a definite order and some may not appear at all.

This symptoms list does not include every possible sign and symptom of meningitis. Contact your local healthcare professional to ask about the most common symptoms in your country.

It’s important to know the warning signs and to get medical treatment fast. Until the cause of meningitis is known, it should be regarded as a medical emergency.

Arching of the back (infants)

Last month we shared how a heartbroken mum released the final picture of her dying 14 month old son to raise awareness for meningitis. Read that article here. 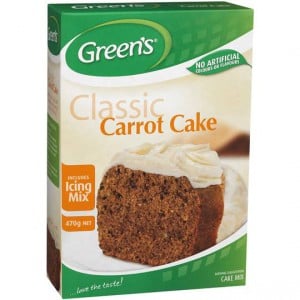