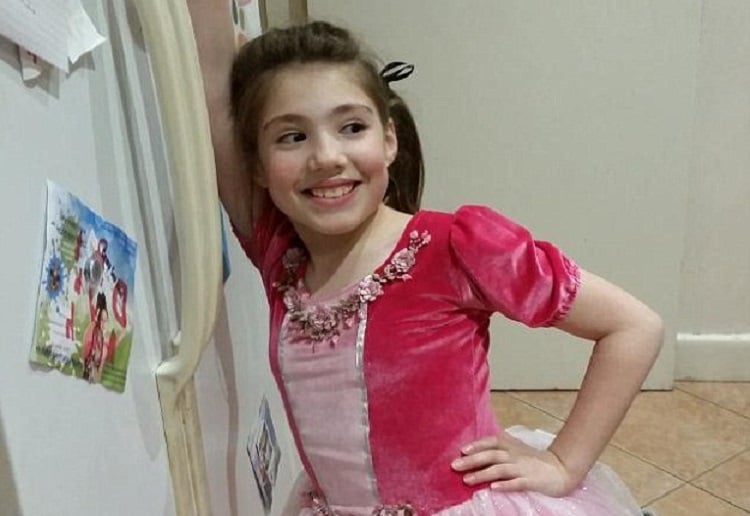 On the morning of her daughter’s funeral, Nathalie Hakin, woke up in hospital and recalled what had happened.

During the funeral for 10-year-old Melbourne girl Thalia Hakin, one of the young victims of the Bourke Street Mall tragedy, her father Tony told mourners his wife was still too ill to attend her daughter’s farewell, reports Daily Mail.

‘I know what happened. Some maniac hurt my family and I don’t know how to deal with it, he took my angel,’ Mr Hakin quoted his wife as saying.

Mr Hakin said his wife would have wanted to be at the funeral to remember their little girl, but it was not possible.

‘I’m really, really sorry Nathalie can’t be here. It was very, very hard to do this.

‘Nathalie would have wanted to say stuff about her, that she was a little butterfly and the light of her life,’ The Australian Jewish News reported him as saying.

Big sister, Maggie managed to leave hospital in a full leg cast and wheelchair to attend her little sister’s funeral on Wednesday.

Mr Hakin said he didn’t believe his daughter had suffered when the car hit her.

‘Thalia copped the full brunt of it,’ he said.

‘I think she fairly much died instantly, I don’t think she would have known much about it.’

He said only ‘pure evil’ could have taken Thalia from her family.

‘She was something special to everybody who ever met her,’ Mr Hakin said.

The family have shared a tribute to the youngest victim of the Bourke Street rampage: three-month-old baby Zachary. Read full story here.

If you want to help the victims you can find all the details here.