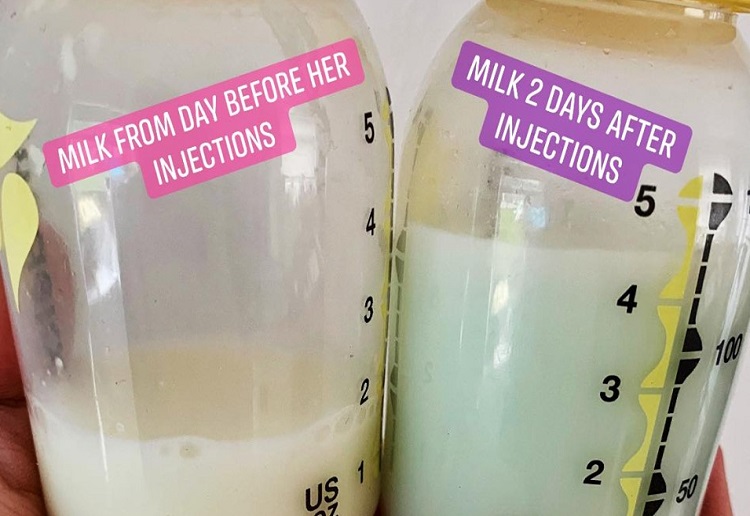 UK mum shares side-by-side photos of her breast milk before and after her toddler was vaccinated claiming the benefits are far more than obvious.

“It’s blue from all the antibodies my body is producing as it thinks she’s sick with what she was vaccinated against! When she feeds her saliva sends signals to my body to produce more milk with illness specific antibodies! 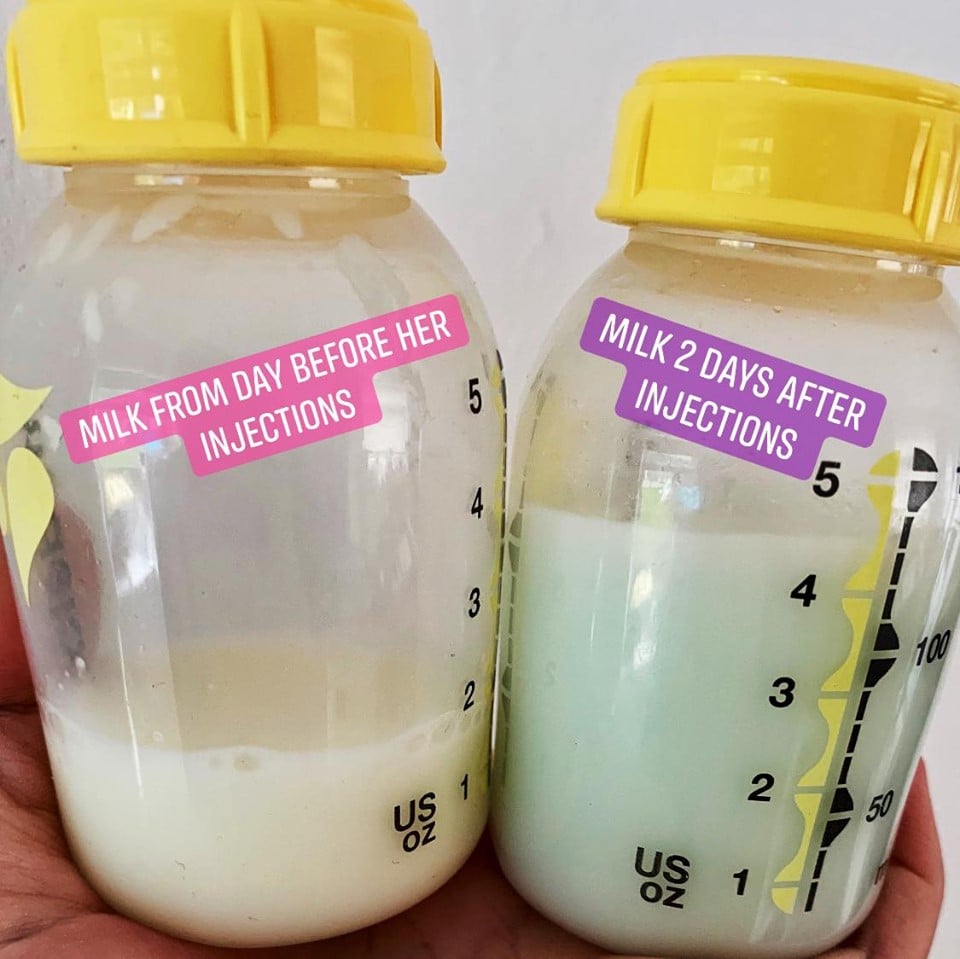 “This is one of the reasons I’m still breastfeeding 13 months on….you don’t get all this goodness and nutrients from formula or cows milk! Way to go boobies.”

She also added, “This goes to show the vaccines are doing exactly what they are meant to do, and so is my daughters body and mine. Whole point of vaccinations is to introduce a very very weakened version of what virus/disease you want immunity over. Which causes your body to make antibodies and “heal” itself, which then in turn makes your body think you have already had said virus/disease so your won’t get a more deadly real version in the future when/if your exposed to it.”

People have argued that it is really dependant on what mum has eaten, and when bub also had solids that day etc.

– “My milk changed color and consistency all the time depending on what I ate, how hydrated I was, what time of day it was, and the balance of foremilk versus hindmilk. This isn’t magical, no matter how much the lactivists like to pretend it is.”

OBGYN also claims the info is WRONG and needs to stop!

However Dr. Amy Tuteur an obstetrician gynecologist has argued that this is not correct at all.

Sharing on her Facebook page The Skeptical OB, Dr Amy wrote, “Please stop spreading irresponsible nonsense. Breastmilk color changes in response to many factors but there is NO EVIDENCE that breastmilk changes within hours to days to reflect the baby’s health.

She continued, “That is a theory that has NEVER been substantiated. It is based on one study that showed that when babies get colds, their mothers make more antibodies. But there is a very simple explanation that has nothing to do with breastfeeding.

“It’s hard for two people to be much closer than a mother and her feeding infant. If a baby has a cold, for example, the mother can simply BREATHE IN the virus expelled when the baby sneezes and make antibodies to the virus to protect HERSELF from the cold.

“Those antibodies then end up in the breastmilk incidentally as a result of being in the mother’s bloodstream. If researchers had looked, they would likely have found that the father and siblings were making the same antibodies as the mother, not to transmit them to the baby, but to protect themselves.

Dr Amy added, “We do mothers a terrible disservice when exaggerate the benefits of breastmilk beyond what science ACTUALLY shows!”

Have you ever noticed a change in your breastmilk when your baby was unwell?