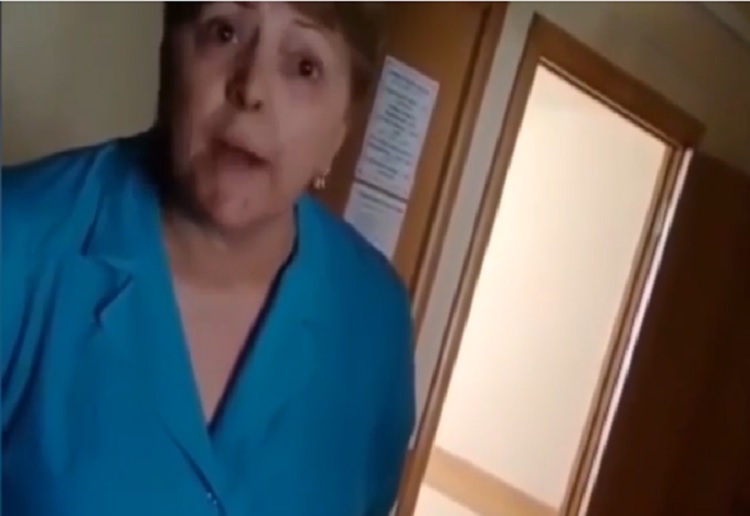 A doctor was filmed calling a mother a ‘stripper’ and a ‘prostitute’ for breastfeeding her baby – in a HOSPITAL.

The doctor, identified only as Aminat T, then refused medical treatment for the child.

The shocking incident took place at a hospital in the city of Makhachkala in south-western Russia was caught on camera by the unnamed mum, reports The Mirror.

The video – can be seen below in Russian – begins with Aminat outraged at the mum for performing what she describes as a “striptease show,” when the mother had reportedly only been breastfeeding her child.

The mum reminds Aminat she had been waiting for an absurdly long time for her child to be examined, but the doctor replies no-one would examine her today.

Aminat then calls for other doctors and nurses to have the mother and her baby removed from the room.

According to Russian media, the angry doctor said: “I do not give a damn about your baby. I did not come for your baby today.

“I do not give a damn until Monday. And you, just try and force me to give a damn on Monday.”

When the mother reminds Aminat that she is a doctor, she responds: “I am nobody to you, and you are a prostitute and a stripper.”

The doctor has been suspended indefinitely from administering medical care ahead of a review by Ministry of Health officials.