Article Did the photographer go too far? 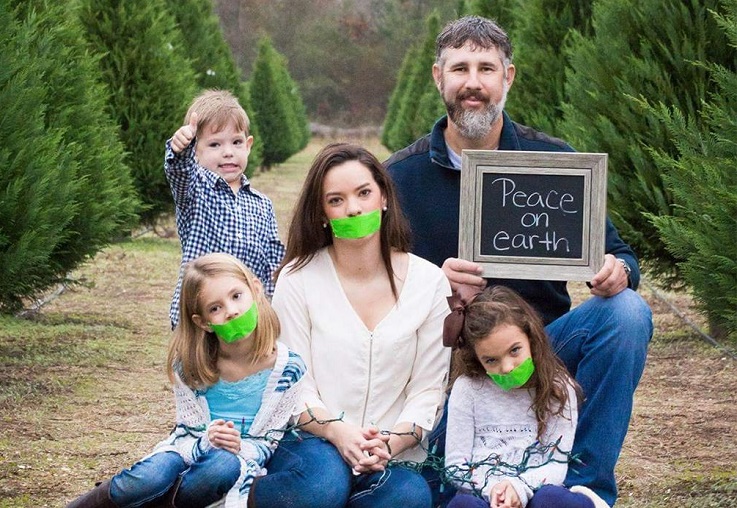 Hannah Hawkes Photography Facebook page was flooded with criticism after she shared a quirky Christmas photo that one of her clients had requested.

The picture shows Mum, Dad and three children, with the Mum and the girls wearing duct tape over their mouths and their hands bound in Christmas lights, and the Dad holding the ‘Peace on Earth’ sign.

I myself glanced at it and thought “OH! Dad and little bro finally have some peace and quiet now.” Which is exactly what the family and the photographer were aiming at. 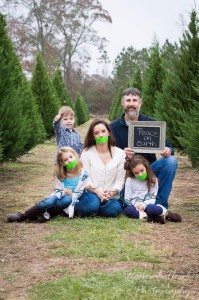 But not everyone saw it that way. One person wrote: “I can’t believe a female photographer would take part in something so demeaning and damaging to women and girls. Women being deprived of their voices by men is no laughing matter. It wasn’t cute. It wasn’t humorous. It was horrifying.”

Facebook have since removed the image, and the photographer said she has been ‘called every name in the book, and have received some very hateful and vulgar comments and messages.’ 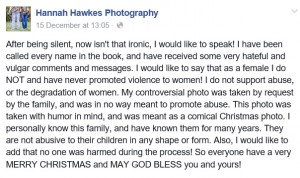 “After being silent, now isn’t that ironic, I would like to speak! I have been called every name in the book, and have received some very hateful and vulgar comments and messages. I would like to say that as a female I do NOT and have never promoted violence to women! I do not support abuse, or the degradation of women. My controversial photo was taken by request by the family, and was in no way meant to promote abuse. This photo was taken with humor in mind, and was meant as a comical Christmas photo. I personally know this family, and have known them for many years. They are not abusive to their children in any shape or form. Also, I would like to add that no one was harmed during the process! So everyone have a very MERRY CHRISTMAS and MAY GOD BLESS you and yours”

Her above status has received over 2000 replies.

Do you think she went too far?