Article Donald Trump says women should be ‘punished’ for abortion 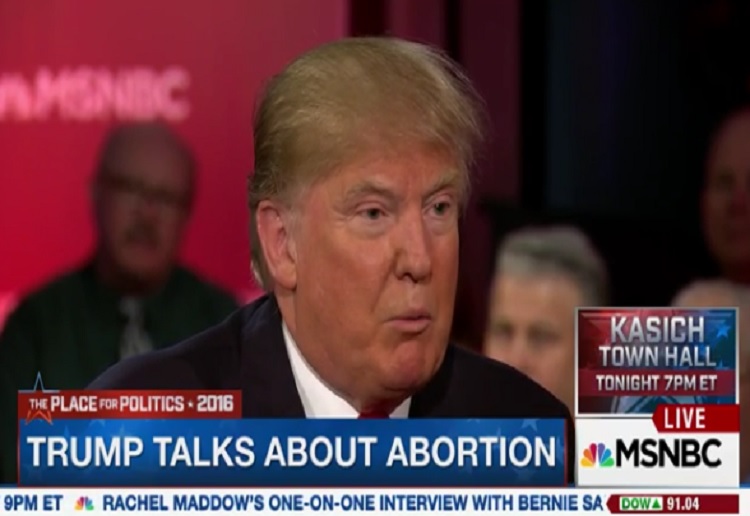 Donald Trump believes women should be punished for abortion.

In a heated exchange with MSNBC host Chris Matthews, Trump was asked whether he believes abortion should be outlawed.

“Do you think woman should be punished for having an abortion?” Matthews asked.

Asserting that he’s a conservative Republican, Trump replied some would say – “Yes, they should be punished.”

Matthews then asks Trump whether women who end pregnancies should go to jail.

Trump repeatedly reiterated his ‘pro-life’ stance. “You know you’ll go back to a position… they had where people perhaps will go to illegal places… But you have to ban it.”

“Do you believe in punishment for abortion, yes or no, as a principal?” Trump eventually answers saying: “There has to be some form of punishment”.

For the woman?  He replies “There has to be”

JUST IN: Donald Trump tells @MSNBC: “There has to be some form of punishment” for abortion https://t.co/jgbstbqceO