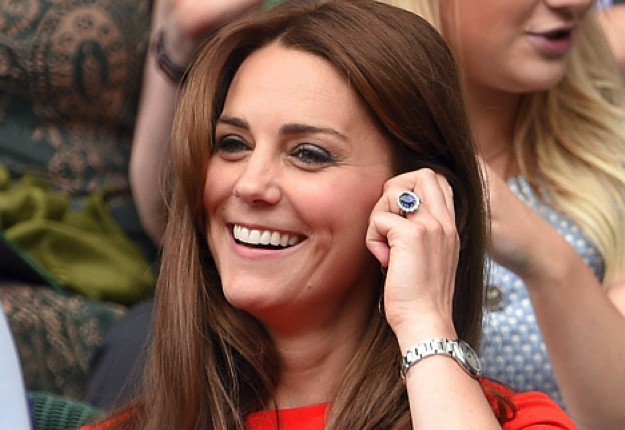 The Duchess of Cambridge has royal watchers on alert again.

Numerous reports this week have Duchess Catherine expecting again – this time with twins!

One report stated that Duchess Catherine and Prince William left the kids at home to enjoy a romantic meal for two with her husband at their local pub The Crown Inn in East Rudham near their country home Anmer Hall in Norfolk last week.

The surprising thing about that you ask?

Instead of ordering her usual white wine the mum- of-two instead ordered a sparkling water – which apparently she never does unless she’s pregnant.

‘Kate has made no secret of how wonderful having Charlotte has been and that she wants more babies,’ says oldest friend Jessica Hay.

‘She loves being a mum, so another pregnancy is no surprise.

Another site has reported a US magazine has come up with claims that Kate Middleton is expecting twin girls.

Hollywood Life reported OK! Magazine as claiming that Kate, who welcomed Princess Charlotte on 2 May 2015, found out the news after undergoing a sonogram. An alleged source apparently said: “It’s early days, but the buzz in the royals’ inner circle is that Kate’s pregnant again, and this time she’s got not one but two buns in the oven. They weren’t even trying.”

Another report stated that while being filmed at an appearance that was shown on Sunrise, Kate Middleton is said to have looked as though she may be pregnant.

We call total BS on the whole story. Although it would be lovely to be proved wrong!