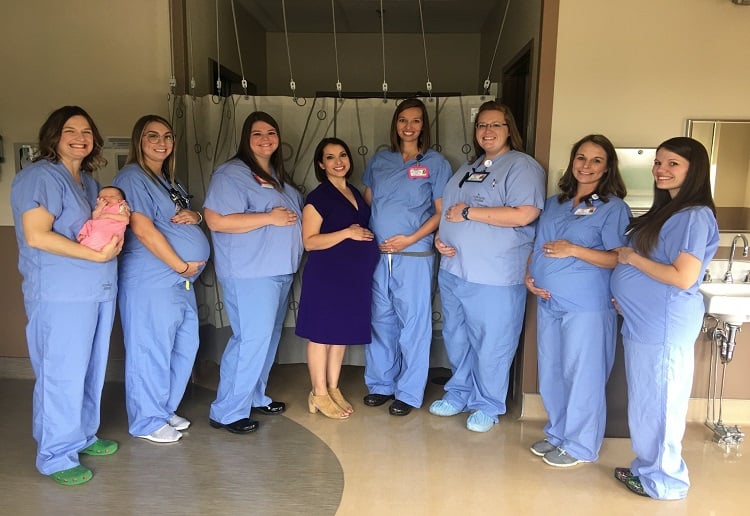 The obstetrics unit at Anderson Hospital Pavilion for Women found eight employees were all pregnant at the same time.

Rebecca Eggering, who gave birth to her son Daniel in November, was one of them.
“We’d go in and tell our boss and then a week later another one would go in and tell her that she was pregnant,” Eggering told ABC News.

The small Illinois hospital posted about the pregnancies on their Facebook page, prompting many to wonder how they’d be able to cover all the maternity leave. Eggering says her manager just said she’d ‘figure it out’.

The seven nurses and one nurse’s aide, Susan, Britaney, Ashley, Sara, Rebecca, Gwen, Michele and Stavania all gave birth to healthy and happy baby’s between August and December last year.

The coworkers have decided to dub their eight bundles of joy ‘Elite 8′ and refer to them as baby number 1, 2, 3, etc.

“We all love what we do and we anticipate being here for a long time, so it’s great that our babies will age and grow together,” Eggering said. “They might not think it’s quite as neat when they’re teenagers, but we will.”