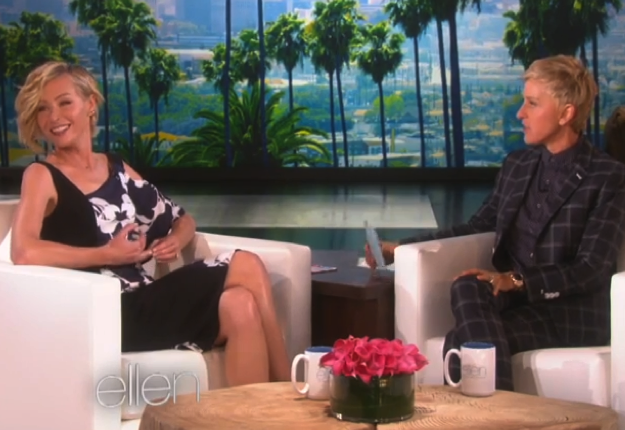 It’s been widely speculated that Ellen DeGeneres and wife Portia De Rossi are expecting their first child together.

And instead of shying away, the couple decided to sit down and address the rumours head-on.

Portia, 41, made a special appearance on her wife’s chat show Ellen, and was more than happy to answer questions sent in by viewers, the first asking whether the couple are having a baby or not.

Portia replied “It would be so fun for everybody if we were.”

“There’s a magazine cover.” she continued. “Did you see, it says ‘They’re FINALLY starting a family!’ Like are people really that mad at us?”

Portia then put the rumours to bed, telling the audience that the couple do not have a baby on the way.

“Good for me to know now,” Ellen joked.

See the rest of the interview below:

Did people ask you when you were going to have a baby?