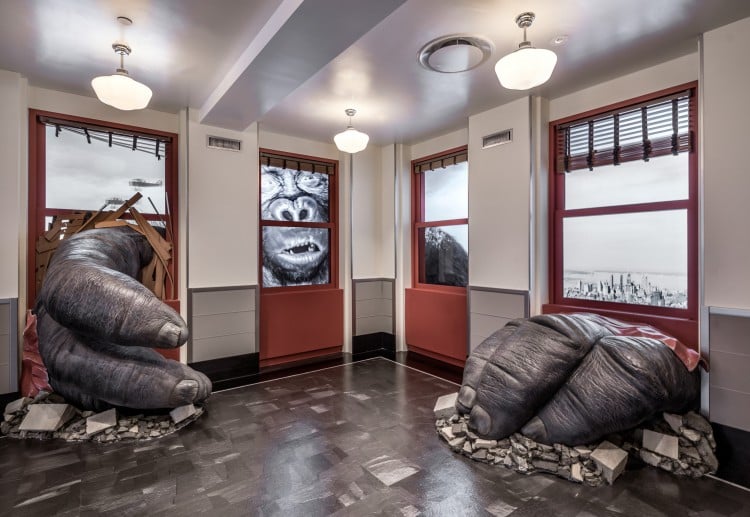 The Empire State Building (ESB) has announced the second phase of its top-to-bottom re-imagined Observatory Experience.

Located on the second floor of the international icon, the 10,000 sq. ft galleries invite guests on a journey from the building’s construction to its current place in pop culture. Named the most Instagrammed U.S. landmark in a study conducted by Sony Mobile, the new galleries feature immersive and interactive exhibits that fulfill the desire of today’s modern traveller to share authentic experiences – all as they make their way to the one-of-a-kind views from the 86th Floor Observatory.

The galleries through which visitors travel to experience ESB’s famous views from the centre of New York City include:

“While the views from the 86th Floor Observatory are world-famous, the Empire State Building has a rich history filled with exciting events and innovative projects that we are now able to share via our new second-floor exhibits,” said Anthony E. Malkin, Chairman and CEO of Empire State Realty Trust.

“We began in August 2018 with the relocation of our Observatory entrance to 34th Street, and now our new galleries on the second floor give our visitors the chance to learn and engage with the iconic authenticity that only the Empire State Building, unique not just in New York City, but in the world, can provide.  With the expertise of our design partners, these new galleries will engage visitors in unprecedented ways.”

The cross-disciplinary, best-in-class team from the arts and architecture, technology and entertainment industries, which conceived and curated the project include:

Stay connected on social via #ESBReimagined. To plan your visit and to purchase tickets, please visit www.empirestatebuilding.com.