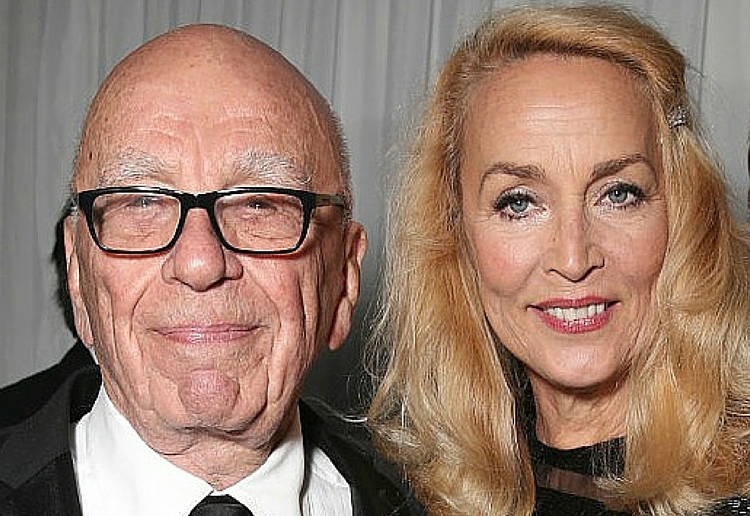 Media mogul, 84-year-old Rupert Murdoch and 59-year-old former supermodel Jerry Hall have announced their engagement in the classifieds section of The Times newspaper in Britain.

After a short four-month romance, the couple got engaged over the weekend in Los Angeles, where they attended the Golden Globes together.

Rupert is the executive chairman of the News Corporation, which owns The Times.  The announcement appeared in the Births, Marriages and Deaths section and read:

The couple first made their relationship public in October last year at the rugby World Cup final in London after being introduced by one of Rupert’s sisters and his niece.  Between them they have 10 children from previous marriages.

A spokesman for the Murdoch family said:

“They have loved these past months together, are thrilled to be getting married and excited about their future.”

No date for their wedding has been given.

This will be Rupert’s fourth marriage and the second for the 59-year-old Ms Hall, an American, who married the Rolling Stones’ lead singer Mick Jagger in 1990 in a ceremony in Bali.  When they divorced in 1999, Jagger claimed that they were not legally married.

Rupert was previously married to Patricia Booker, Anna Torv, and most recently Wendi Deng, who he divorced in 2013.

With an estimated fortune of more than $15.7 billion, the Australian-born Rupert, now a US citizen, owns some of the world’s most famous newspaper titles including The Wall Street Journal, The New York Post and British tabloid The Sun.