Article Even a contraceptive implant wasn’t going to stop this baby! 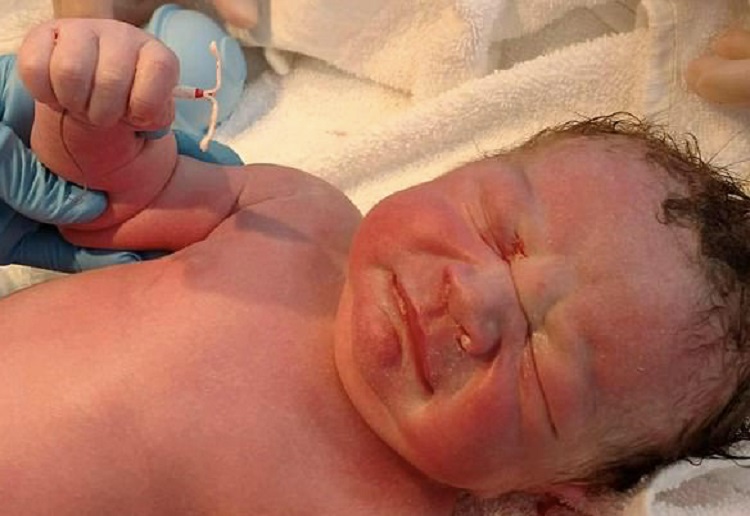 The last thing Lucy Hellein expected was to discover she was pregnant. She did, after all, have a contraceptive implant.

Ironically, this was the situation the mother-of-two from Alabama found herself in last December, shares Daily Mail.

The contraceptive implant, which is believed to be 99 per cent effective, was found by midwives after she gave birth to her son Dexter Tyler last week.

Ms Hellein, from Alabama, is believed to have conceived just days after it was placed inside her uterus.

At the time, midwives told her that the coil had probably fallen out because it wasn’t showing up on an ultrasound.

But it was later spotted behind her placenta as she underwent a caesarean.

A picture posted on her Facebook page showed Dexter Tyler clutching the device, giving the impression he had been born holding it.

But it has transpired that the image was staged, and the newborn was just posing with the contraceptive.

Since being uploaded on her social media, the photo of Dexter Tyler has amassed more than 71,000 shares.

Ms Hellein told Metro: ‘Dexter was definitely meant to be. His original due date was May 4th and even the doctor said “the force was strong with this one”.

‘Although he wasn’t planned, my family and I feel incredibly blessed.’

‘For those wondering, no I did not push him out, he was a scheduled c-section.

Ms Hellein added that it was actually her third Mirena device, which is a hormonal form of the coil, also known as an IUS, she had been fitted with.

Has a contraception ever failed you?